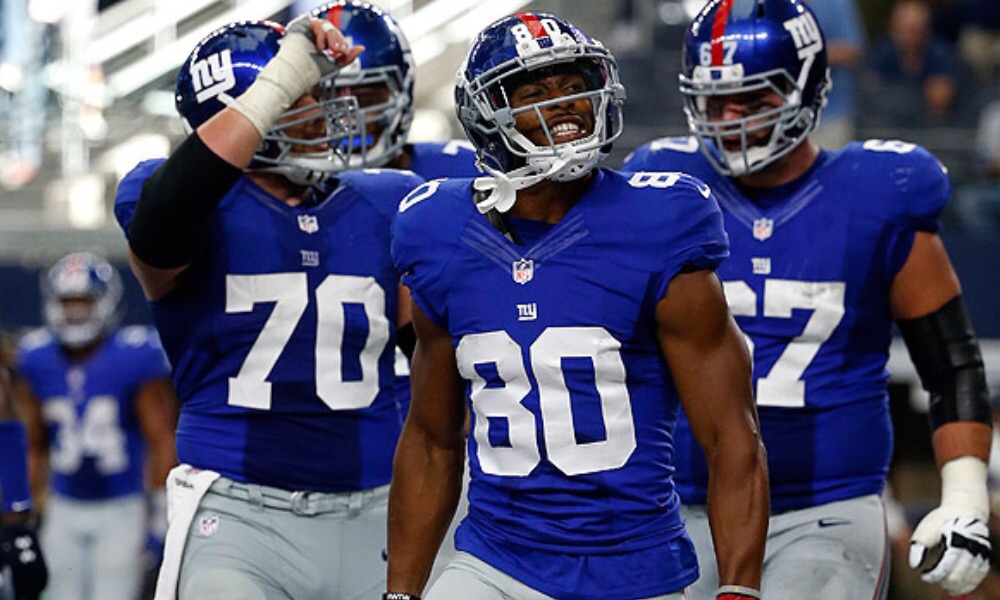 The Gmen are 1-0 for the first time since 2010, thanks to a resiliency and clutch gene that is all Eli, and something Dak will never quite learn from Tony Romo.

Prescott showed poise early, leading the Cowboys on two long, clock draining drives. Both were 15 plays, and both resulted in Dan Bailey FGs. As those drives developed, the Giants strategy revealed itself. Bend, don’t break. Make sure the longest pass that Dez Bryant caught on September 11th was in pregame warmups from Odell Beckham Jr.

Slowly unveiled Spagnuolo’s newest toy, an athletic, active, defensive line. Make sure they flow toward the ball, and contain the rookie the Cowboys selected prior to the savior that is Dak Prescott. Bottling up Zeke on early downs, and then applying pressure on 3rd and long, forced the ball out early, to the likes of Cole Beasley and Jason Witten. Make the rookie signal caller beat you multiple times. Bet that he can’t.

Big Blue’s 2-time Super Bowl MVP decided to take his new offense for a test drive. A 4 play, 75-yard touchdown drive featured a 45-yard strike to OBJ, immediately followed by a 15-yard bullet to Larry Donnell to give the Giants a 7-6 lead. Total drive time? 93 seconds.

After a 25-yd FG by Dan Bailey gave the Cowboys a 9-7 lead, Eli spread the ball around to multiple offensive weapons on the next drive. Opening up with a 17-yard burst straight up the middle by Rashad Jennings. A few plays later Manning connected with Cruz on a 23-yard in route on 2nd and 14. Two plays later on 3rd and 3 from the 9-yard line, Eli welcomed Sterling Shepard to the family, hitting the rookie receiver on a slightly underthrown fade route that allowed Shepard to flash his hands, making a great catch directly over Dallas defenders. The result? A 13-9 half-time lead, (thanks to a missed XP by Randy Bullock) and a text from my brother in Oregon that simply said, “I like this team.”

Zeke Elliott capitalized on a short field gifted to the Cowboys by an Eli Manning interception to start the 3rd quarter. The rookie from Ohio State scored from 8-yards out. Dan Bailey would add his 4th FG at the beginning of our final stanza. Cowboys 19, Giants 13.

Then a funny thing happened. A welcome sight for all Giants fans. Big Blue started to impose their will on this game. While we didn’t have any sacks, our pressure forced Dak off his spot. Throws were a little late, a little high, just off.

The Giants would regain possession at their own 41-yard line. After a 10-yard catch and run by Shane Vereen, Eli would maneuver the pocket masterfully, connecting with Shepard for 20 yards on 2nd and 5. 3 of the next 4 plays were runs by Vereen up the gut, netting 21 yards, and a 1st and goal from the 3-yard line.

After two incompletions to OBJ, Eli knew what this team needed. They needed to dance. To Salsa, specifically. Victor Cruz capped his victorious return on a 3-yard crossing route giving the Giants a 20-19 lead that they would never relinquish.

After forcing a quick Cowboys punt, the Giants took possession with 3:57 to go. 7 plays. 7 Rashad Jennings runs straight up the middle, netting 40 total yards, and dictating that the Cowboys burn their timeouts on defense, getting the ball back with 1:12 and no timeouts, needing a FG to win.

Dax completed a 16-yard pass to Lance Dunbar, and a large 15-yarder to Cole Beasley on 3rd and 15. Two plays later, on 3rd and 10, Terrance Williams caught an out, and had a chance to duck out of bounds, stopping the clock and giving his team a few final chances to secure a game-winning FG. Instead, he darted back in to the field of play, squandering the final seconds, and putting the finishing touches on an impressive victory.

The Giants are 1-0 today, because they played tough. Eli made sure his scoring drives ended in touchdowns rather than FGs. We outrushed the Cowboys 113-101, including 61 money yards in the 4th. We imposed our will in the trenches today. That experience will wing games in December and January. Today? Eli won this game with a little help from new friends both old and new. Enjoy it Giants Fans! We earned this win!