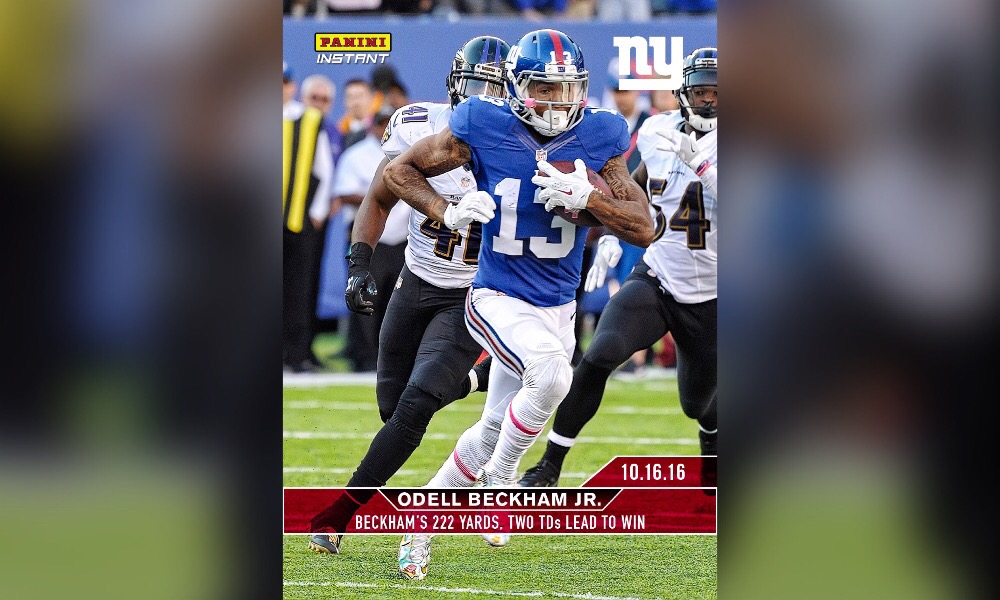 Panini America will be releasing a special set of Odell Beckham Jr. trading cards on PaniniInstant.com to commemorate the moment on Oct. 16th when he caught eight passes for a career-high 222 yards.

Going up against the Baltimore Ravens, Beckham Jr. looked like he was having fun again, as the receiver hauled in a career-high 222 yards receiving to go with two touchdowns. With Beckam’s historical performance, the Giants were able to even their record at 3-3 with a 27-23 win over Baltimore.

This special trading card is part of the Panini Instant collection, which exists to commemorate milestones and achievements in real-time so fans don’t have to wait months (or even seasons) to capture their favorite moments.

Panini America is the only company in the world that manufactures fully licensed trading cards and stickers for the NFL, NFL PLAYERS, NHL, NHLPA, NBA, MLBPA and FIFA World Cup. The company also owns exclusive entertainment licenses with Disney, and more than 600 global licenses with other sports and entertainment properties.