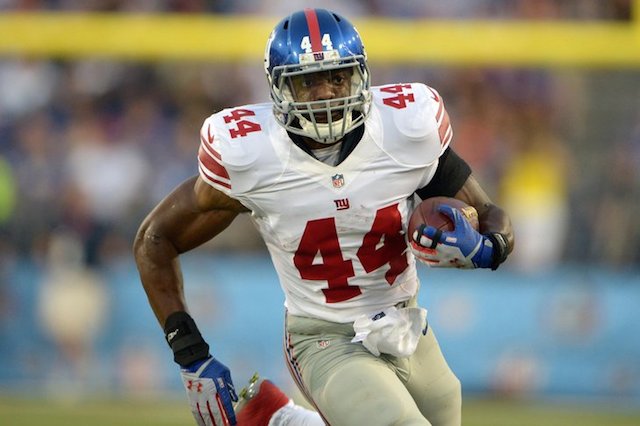 Preseason is preseason.  It should be taken with a grain of salt.  No reason to yell and scream at the TV or get agita for a day or two. At least not yet.

Preseason football is a necessary evil.  I personally hate it.  It’s great to see the team play again especially after a year like last season, but the outcomes mean nothing. I saw some people talking smack on social media and it left me quite befuddled…Talking smack to Bills and Steelers fans over these preseason games makes us look like Eagles fans. STOP IT! These games mean nothing!!

These games are a glorified practice sessions. It is a platform for guys trying to make a roster and work on their games…that it is and that is all.  So don’t watch these games with fire and brimstone, watch them with a careful eye. Try to look at specific players and their performance to see how they can help us during the games that matter.

I watched and took notes and then watched it again and took more notes. I had a handful of things I was looking for going into Sunday night and what I saw was good in some cases and troubling in others.  Keep in mind through the preseason that this team is a work in progress.  They are growing accustomed to a new offense and new players up and down this roster.  We need to have patience and perspective as fans and resist the temptation to make more out of these games then we should..

With that being said here are some players we should be excited about, along with some negatives from the Hall of Fame game last Sunday.

Right Guard : Brandon Mosley is not a guy who should be starting at RG at all.  He was completely over matched by the talented defensive line of the Buffalo Bills (the Bills have 3 players on the D-line who had 10+ sacks last year).  It was a good test for our revamped O-line but one we did not pass with flying colors.

We shouldn’t be writing this unit off at all, but we should be keeping a close eye on how they progress.  Keep in mind they were missing Will Beatty at left tackle. Weston Richburg played well so Mosley’s days maybe numbered in the starting line up, but until Richburg is ready this is a spot we should keep a close eye on.  Will John Jerry or Weston Richburg step up?  Another guy to watch is Eric Herman…Herman is a tough kid with a mean streak.  He can’t do any worse then Mosley did.

Jayron Hosely, CB: The former 3rd pick from Virginia Tech didn’t do himself any favors on Sunday night in the highly competitive  race to make the team as a cornerback.  Hosley was beat repeatedly and was called for a penalty as well.  With the depth we have at this position Hosley’s days look numbered.

Mario Manningham, WR:  We love you Super Mario, and we will never forget “The Catch PT.II” but it looks as if the knee is holding you back.  Unless things change dramatically, I’d rather the Giants keep the kids like Washington and Harris around rather then have to worry about Mario’s knee all season long.

Players who caught our eye:

Andre Williams, RB: Kid just looks like a football player.  Williams seems to hit the hole hard and run down hill which leads to yards after contact (YAC) — Williams can be the steal of this draft for Big Blue.  And even though Jennings looked good as well, he is 29.  Andre Williams is the future at running back for this franchise.

Corey Washington, WR: The 6’4 undrafted rookie out of tiny Newberry College (enrollment 1,042) in South Carolina, made the play of the night for Big Blue.  You can forget the fact it was the game winner…means nothing.  What does mean something is how Washington made the play.  He went after the ball, he attacked it and he took a interception away and turned it into a TD. After Cruz, Randle, Beckham and Jernigan the WR spots are wide open.  With Manningham looking like his best days are behind him, Washington is one to watch through the next 4 games.

Cooper Taylor, Safety: Forget the missed assignment on the block punt, shit happens.  Look at the way this kid played his position on Sunday night.  Taylor led the Giants in tackles with 8 and had an interception as well.  Taylor played 38 plays on Sunday and according to safeties coach David Merritt, Taylor received a negative grade on just one.  He made tackles at the line of scrimmage, the right sideline, the left sideline and made a big play on a 3rd and 17 to knock the WR out of bounds and prevent him from securing a 1st down.

“The kid is a big height-weight-speed guy already,” Merritt said. “He has all the intangibles there that’s needed to play the position. But I think confidence — I think that’s the one thing that has happened with that young man, he has displayed more confidence this offseason.”

I’ve been trying to tell you guys about Taylor…keep an eye on him.

Marcus Harris, WR: Victor Cruz on Marcus Harris: “From the game he had and streaming into practice, he’s been really taking advantage of his opportunity.”

Yes he has.  4 catches for 49 yards and showed good hands and quickness doing it.  Excited to see more from this kid in the coming weeks.

Jameel McClain, LB:  One player who jumped out on the tap in limited action was McClain.  He was constantly around the ball and made 4 tackles with one being for a loss.  McClain was fast to react showing great anticipation and was solid wrapping up and securing tackles.  Pairing McClain with Beason and an emerging Jacquian Williams (who looked good as well) gives us nice combo at the linebacker spot.  When was the last time we said that?

Ryan Nassib, QB: The one thing I am looking forward to through preseason is being able to see Nassib play for the next four weeks.  He has received a lot of criticism so far in his career and it is all unwarranted.  This is the 2nd offense this kid is learning in two seasons, so to say he didn’t look to sharp in OTA’s and the 1st weeks of training camp was exactly going out on a limb.  It takes time.  He underthrew Washington on the long TD and I’m sure he would tell you that he held the ball a little too long on that one, but he showed good accuracy and velocity on all of his intermediate throws.  This kid can play, and we should see vast improvement from here on out as gets more comfortable and confident in this offense and in himself.

Have a great week Giants fans — and as always…Bleed Big Blue!!!

WOULD YOU LIKE TO BE CROWNED MISS BLEED BIG BLUE?