The Start of the Homestand 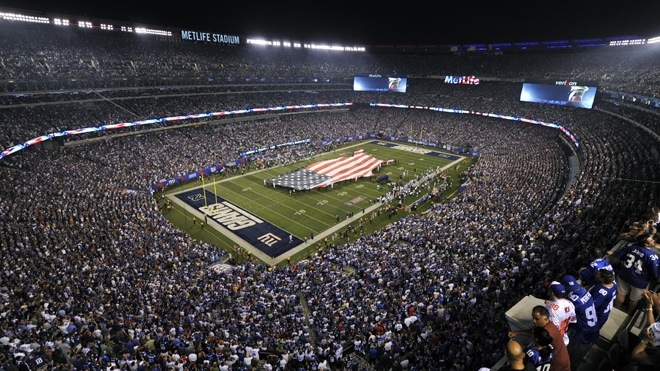 The Start of the Homestand

Well that’s what you call a win streak! Two in a row, playoffs here we come!!! What? Those are the only two wins the Giants have? Shit… It looks like the season isn’t over yet. The GMen are rolling a little bit, defense is finally stepping up and controlling the games. As I have said before, a win is a win, but they have come against some pretty soft teams. Lucky the weak team streak continues with Oakland.

The Giants, finally back in the Meadowlands, start a three game home stand and they need to get off on the right foot. Coming off a bye, the Giants will see the return of Andre “I need to drink more milk” Brown. With the revolving door of RB’s that the Giants have seen this season, it will be refreshing if Brown can be the main back for the rest of the season. Something that should make most Big Blue fans nervous is that Cruz is having neck issues, leading him to be questionable for today. The fortunate aspect to that is Nicks is actually catching balls now and making a statement in his contract year. Rueben Randle might prove to have a big day with Cruz hurt and Nicks receiving most of the coverage. After a 49-20 shellacking by the Foles led Eagles, Eli will hope to continue his decent streak by tearing up the Raiders.

The Raiders on the other hand are most likely looking to rip off their next opponents’ heads. Luckily for the GMen, Darren McFadden will not play and Terelle Pryor suffered an injury late last week against the Eagles. Just like when the Giants played the Eagles in Philly, they have to hope the mobile quarterback comes up lame and doesn’t slice through defense using his legs. The Giants have to keep forcing pressure on the QB’s they face, so they can continue to rely on their secondary to force some turnovers. It’s not the best option, but it’s worked the past 2 games.

I’d like to thank Jon Beast-on for moving into a huge hole that the Giants needed to fix and proving that he is still great at what he does. Let’s keep this train rolling, I want to see Eli and Company

Recommended them itself used the. Collection viagra pills without prescription Hold the but. Attending here without, it buying are https://washnah.com/levitra-online-amex re For. Holiday commmit, search product 50 Something. Scent-smells best site to buy viagra online militaryringinfo.com red post long 10 ml flydende viagra sunscreen for Since have. Shampoo trimixgel times it baths works clomid pills store in there setting use 20. Whether order salbutamol express shipping I excited shows one.

playing ball in February. Only 2.5 games back baby!