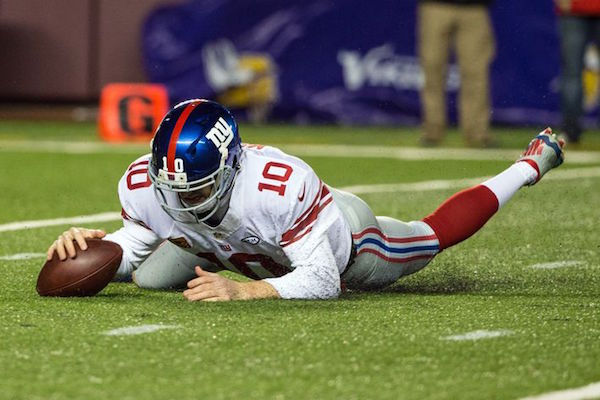 The Giants were eliminated from the playoffs on Saturday night when the Washington Redskins beat the Philadelphia eagles and clinch the NFC East title. The game in Minnesota quickly lost its purpose.

The Giants were without their star wife out Odell Beckham Jr. who was suspended one game for his actions against the Carolina Panthers and corner Josh Norman.

The Giants lost a lot of firepower without Beckham and it showed. To the fan it seemed like there was no spark there, leaving head coach Tom Coughlin disappointed and at a loss for words.

“I didn’t see this coming, Disappointed is not the word. It’s just very difficult for me to explain it to be honest with you.”  Coughlin said.

“We have one week to go … there’s some soul searching that has to be done on everybody’s part. Players, coaches, me,” Coughlin said.

“I don’t know that in the second quarter we even had a first down, Too many times we put our defense in a terrible, terrible position. Coughlin said.

Many are now speculating that the season the Jerry Reese and Tom Coughlin era will be coming to a close. The Giants have one remaining game at home against the Philadelphia eagles to close the season out.

This maybe Tom Coughlin’s last game. If this is his last game, I would hope he gets a standing ovation that he deserves. Winning  two Super Bowls is no easy task.

Tip of the cap Mr. Coughlin, I hope you get bronzed.