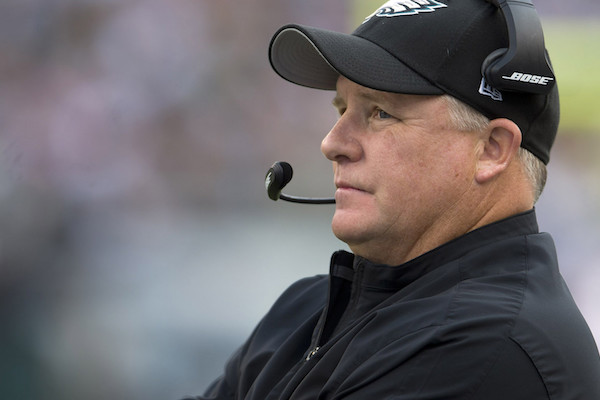 Jeffrey Lurie, the Eagles CEO, released the statement below on the Kelly departure:

“I have made a decision to release Chip Kelly this evening. I spent the last three seasons evaluating the many factors involved in our performance as a team. As I watched this season unfold, I determined that it was time to make a change.

“As we move forward, the search for a new head coach will begin and will be led by myself, Don Smolenski and Howie Roseman. To the extent that we are able, we will try to keep you informed as we go through this process.

“I am determined and excited to select a new coach to help us obtain our ultimate goal.”

Kelly, coached Philadelphia for the past three seasons. After back to back 10-6 seasons, Kelly was granted control of football operations where he traded away some of Phillys top talented players (LeSean McCoy and DeSean Jackson) souring many in the organazation.