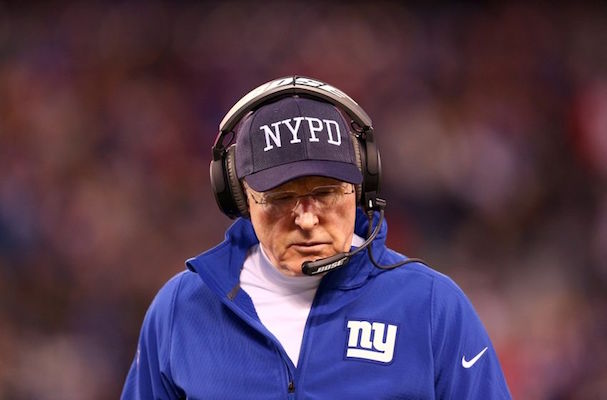 As we assess the damage from Odell Beckham’s meltdown last Sunday versus the Panthers, some writers have deliberated whether or not the aforementioned events will eventually end Tom Coughlin’s tenure as the New York Football Giants. While this topic is certainly debatable, one topic that is not in question is that TC’s 11-year reign at the helm has provided fans with some of the most memorable moments of this legendary franchise. Five playoff appearances and two Super Bowl victories later, one has to wonder if any of the success that Coughlin has reached could have occurred had he not toned down the coaching style that earned them the reputation as being one of the most intense in the league.

Any Giants fan knows that Coughlin was not, um, “well-received” by many of his players prior to the 2007 season. Coughlin’s harshness and insistence on perfection may have played a vital role in Tiki Barber’s premature retirement. Hall of Famer Michael Strahan seriously pondered whether he wanted to subject himself to another year of the tyranny that came with playing for the now 69 year-old head coach.

Well, by now we all know how the story played out. Coughlin loosens his airtight grip on the team and the players embrace the change, resulting in two NFL crowns in the next five years.

Still, one has to wonder if the changes that this ageless wonder of a man made back in 2007 have detracted from this current ensemble of Giants. We must remember that back in ’07, the old ball coach had leaders like Michael Strahan, Justin Tuck, and Osi Umenyiora to support his mission via the newly assembled Leadership Council. Since then, we have seen those players retire or leave in free agency. The sense of player accountability is no longer bleeding through the roster as it once did.

Coughlin must now fend for himself in order to get the message across to his young and sometimes immature fleet. One has to ponder if the old Coughlin would have fared better under the current circumstances. How would the Coughlin “of old” handled the Jason Pierre-Paul fiasco that kicked off the 2015 season? Would have this authoritarian, as some had labeled him, advised Odell Beckham to accommodate himself in Damontre Moore’s old spot on the bench – regardless of the state of the game versus the bigmouth, bat-wielding Carolina Panthers? Has the kinder, softer TC lost the one thing that no one back in Jacksonville would have ever imagined? Has he lost control of this team?