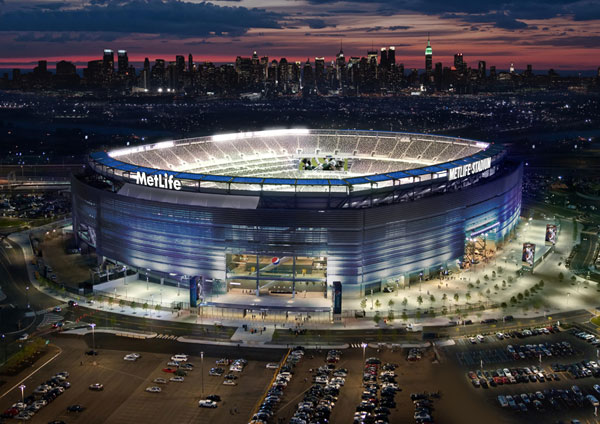 With the 2015-2016 NFL Season finally upon us, football fans from all over the world are making plans to enjoy their favorite sport, and their favorite team – the New York Giants! Some dedicated fans shell out big bucks to follow their team around, catching games live and proving their loyalty. Most fans enjoy games from home, gathering with friends and family to catch the game live on TV.

And then there’s a small but rapidly growing group of fans who choose to watch the Giants from home, but refuse to pay the incredibly high prices of cable TV or an NFL season pass from a satellite provider. If you’d like to join that last group, read on to learn more about all of the best, totally legal ways to watch the Giants online and over-the-air this season.

Don’t Pay for Cable
Step one is to cancel your cable subscription. With cable prices skyrocketing in recent years (the average bill is around $100/month!), more and more people are making the switch to TV alternatives. Streaming services like Netflix and Amazon Prime Video provide lots of content for viewers to enjoy on-demand, with no commercials. However, these streaming services don’t offer much to satisfy the appetite of loyal sports fans. That is, until now…

Check Out “The Netflix of the NFL”
Let’s face it – if Netflix offered NFL games, nobody would have cable any more. Of course Netflix does not offer NFL games, or any sports for that matter, but there’s a similar service that does: NFL Game Pass.

Some fans are calling NFL Game Pass the “Netflix of the NFL” because of its similarities to the streaming giant. Game Pass is a streaming service available without the need for a cable subscription. All you need is a reliable internet connection and a device to watch it on. Currently NFL Game Pass works on computers, mobile devices, and directly on your TV with the help of a streaming device (Apple TV, Chromecast, Xbox, etc.).

Sound cool? It gets much, much better. In addition to offering streaming of 2015-2016 season NFL games, NFL Game Pass gives you access to a library containing every single NFL game since 2009. Yup, every game since 2009, and a deep Super Bowl archive that includes the Giants’ Super Bowl wins. You’ve got some catching up to do…

This season, the Giants have two Monday Night Football games scheduled — October 19 vs. the Eagles and December 16 vs. the Dolphins. You can enjoy both these games live with the help of Sling TV, on your computer or on your TV with a streaming device. If you want to learn more about Sling TV, I reviewed it on my blog.

Catch the Games Live with Your Antenna
If you live within the broadcasting area of the New York Giants, you can still watch their games live directly on your TV, without cable. All you need is a quality HD antenna. Simply tune into your local sports station and enjoy every Giants game LIVE in HD, without a cable subscription. Even if you don’t live in the team’s market, you’ll still be able to see a number of their games free over-the-air as they’ll regularly be a featured game of the week.

Stream Giants Games Live with New Sunday Ticket Offering
As a football fan, you probably know all about NFL Sunday Ticket from DirecTV. But what you might not know is that you may no longer need satellite service to get Sunday Ticket. DirecTV has started offering the Sunday Ticket as a streaming service, allowing you to watch out-of-market NFL games live online, without the need for cable or satellite TV service. Unfortunately, not everyone qualifies for Sunday Ticket.

In order to qualify, you have to live somewhere that doesn’t allow you to get DirecTV satellite service. Many condos, dorms, apartments, etc. fall under this category.

Sunday Ticket streaming service starts at $49.99 a month, but if you or someone in your family is a student at a four-year university, you could qualify for a discounted student rate of just $24.99 a month for the four-month season.

You can check to see if you’re eligible for Sunday Ticket streaming service here.

When All Else Fails, Go Grab a Beer…
If you simply must catch a game live, sometimes the best option is to go grab a beer at your local sports bar and enjoy the show with some like-minded fans. This can be a fun way to watch the game with a good crowd, but fighting for a seat and paying $5 a beer can get old fast. Finding some combination of at-home streaming and watching games at bars might be a good target to aim for.

“Watching The Giants Online” was written by:
Chris Brantner (aka “Mr. Cable Cutter”) started CutCableToday.com to offer easy-to-follow advice for anyone who wants to get rid of cable and save a bunch of money without giving up their favorite entertainment. Check out his guide to legal streaming options for the current NFL season.