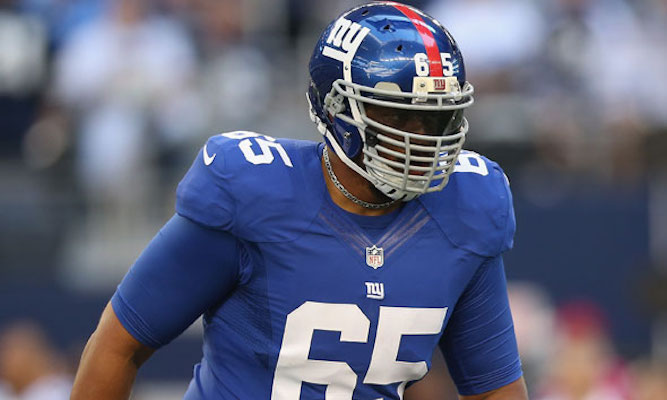 Will Beatty To Miss Remainder Of The Season

New York Giants tackle Will Beatty, who has been sidelined due to a pectoral tear suffered in the off-season, will be assigned to the PUP list missing the rest of the season according to Head Coach Tom Couglin.

“He’s practiced and worked hard to try to see what he was able to do with it, but it’s just not going to be something that will allow him to be the player that he can be, He was trying to see what he could do with it. He wore a strap and so on and so forth. But it wasn’t enough.”

The Giants were hopeful that Beatty would return for the final playoff push, possibly shuffling the line up a bit. Rookie left tackle Ereck Flowers continues to impress with his play. Beatty, who is 30 years old, has two years remaining on the five-year, $38.75 million contract. He is scheduled to earn $6.6 million in base salary in 2016 and count $9.1 million on the salary cap. Giants management will have to make tough choices this year with Flowers playing well. Hopefully Beatty and Flowers can play on the same line with some off-season creativity by GM Jerry Reeses.