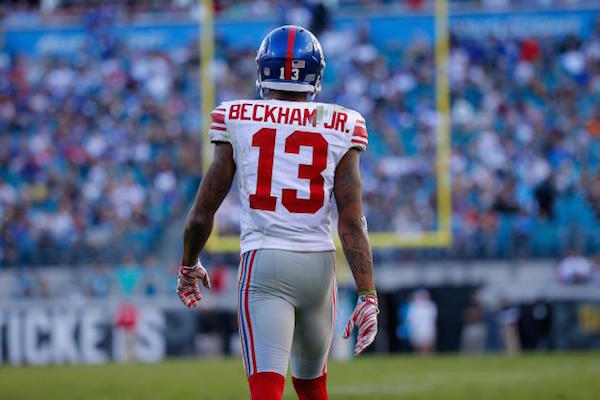 Will The Giants Snap A Seven Game Losing Streak?

Giants are playing the Titans this week. I know the Giants are on a NFL high 7 game losing streak but it has to end some time right!? Here are my 3 reasons why it will happen.

Eli is better than Ryan Fitzpatrick

Ryan Fitzpatrick just put up 358 yards and 6 touchdown passes vs. the Titans this past week. This would not be a big deal if this was an elite QB but this quarterback was just benched a few weeks ago for lackluster play and the only reason he was playing was Ryan Mallet was hurt. When Eli sees that stat line he should be excited because he is better. Eli has played well this year as much as people want to blame him for the losses, which were not his fault. (Other than the 5 int. game that was kind of his fault) Eli has 22 touchdown passes with only 12 interceptions (most of that coming from one game). This shows he is taking care of the ball and being effective with it, even when he is getting no protection. If Eli gets any time against the Titans its reasonable to assume he will pass for over 300yds and at minimum 3 tds.
Eli having a big passing game = Giants win.

Titans having questions at the QB position

Well if you saw any highlights because I know you didn’t watch the Titans vs. Texans game, you would have saw JJ Watt drive Zach Mettenberger into the ground and he hurt is throwing shoulder. Zach has played like a rookie QB having ups and downs which is to be expected. But now if he plays he will be playing injured so it is safe to assume that he will probably play worse than he has prior. Titans could also decide to sit him since there is no reason to push it when you can’t make playoffs and there next option would Jake Locker who they benched earlier in the season. Jake has thrown more interceptions than touchdowns this year and to further that point, his first pass after Mettenberger got hurt was an interception. Giants defense is hurting but Perry Fewell is coaching for his job so I expect him to come up with some creative/ aggressive schemes to fool/ pressure whatever one of these QBs play. If you can’t move the ball, you can’t score if you can’t score, you can’t win.
Titans not having good quarterback play = Giants win.

Titans have the worst rushing defense in the league.

Titans have literally the worst rush defense in the league. Giants want to run the ball because when they have a balanced attack that helps with everything such as protection. If the Giants have protection that will help with Reason number 1. I know there is a chance Rashad Jennings will not play this game and if he is hurting I hope he doesn’t push it for a game that means nothing. Andre Williams has flashed potential and I feel like he has gotten better as the season has gone, learning from experience. If Andre the Giant gets his chance to start this week I predict he will have a big night and the Giants need him to contribute if they are going to win. I know the Giants are hurting on the offensive line by losing Geoff Schwartz but the same line that played the first 10 games will be in there. It is said that it is easier for offensive line to run block so I am sure the Giants will help them out and run the ball as long as it is effective.
Giants having a solid rushing attack = Giants win.