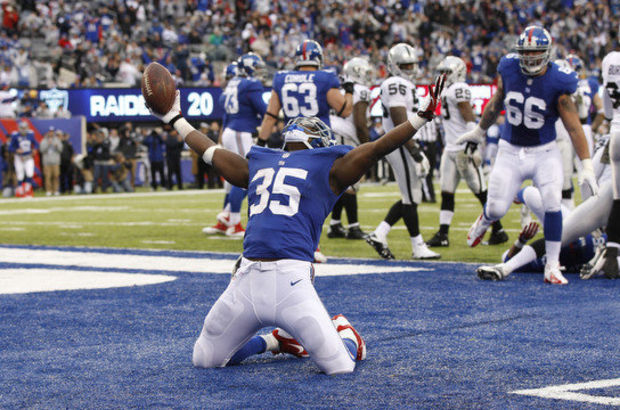 Running back Andre Brown was released by The Houston Texans early on Monday. The move came after a bad preseason loss 32-0 to the Arizona Cardinals. Brown who dressed for Saturday night’s game against didn’t crack the lineup. Brown, was had projected to be the backup to Arian Foster at running back.

“I take it one day at a time and whatever happens happens. I’m going to continue to get better, compete, support the team and be a great teammate. That’s all I can control.”

Brown A fourth-round pick of the Giants in 2009, is used to preseason cuts and releases having played for several different teams (Broncos, Colts, Panthers, Washington). Until findings a home back with the Giants.

Jerry Reese’s off-season proclamation for the Giants to get younger, faster, and stronger seems to be holding steady. Reese has cut ties with notable veterans Brown and Terrell Thomas who both have long histories of injury.

After the retirement of David Wilson this off-season, the Giants remain thin at running back. Off-season additions of Rashad Jennings and rookie Andre Williams have fueled the running attack this preseason.

Can you see The Giants adding Brown as an insurance policy for the rushing attack. If re-signed this season it will be the third stint with the New York Giants.

They say timing is everything. With Wilson now retired and brown released do you think The Giants will add the 27 year old running back?

Giants 1st Team Offense is Scary, and Not in a Good Way.