This will not take long, but it needs to be addressed.

Let me start off by saying this, I am probably one of the most negative people on the planet. In all honesty, I’m a miserable son of a bitch. I’m always willing to play devil’s advocate or bad cop and I thoroughly enjoy doing it. However, not even the doom and gloom that is I saw this jump to conclusions coming.

Cut him! Get rid of him! He is a bum!! Always hurt!! It’s over!! Cut him now! They are just a few comments that blew up the Facebook page. 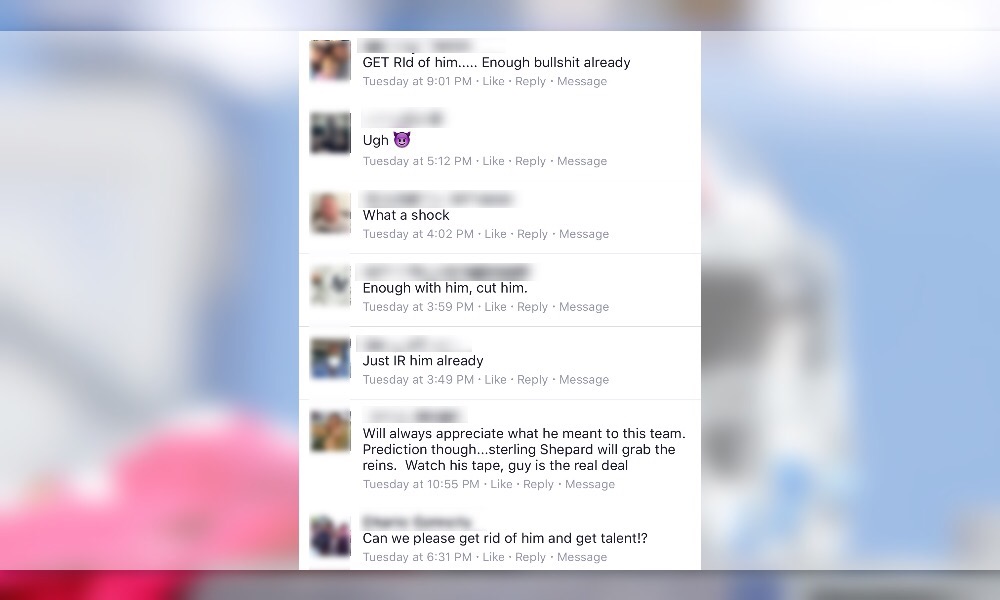 Are you all certifiably insane? Why? Explain to me why?!?!

Why would you cut him now before the first preseason game? What benefit would that transaction have?

Did anyone think that even if Cruz did not suffer this “minor” setback that he would be taking the field this Friday against the Dolphins anyway?

What I am saying is this; Cruz restructured and has a base salary of $1.5 million. He is practically costing nothing against the cap this season. It is a win, win for us. Cut him now? Talk about pulling out early, huh?

I am not convinced that Cruz will play a lot this year, forget play well. I am hopeful, but seeing is believing. I am however, willing to give him the benefit of the doubt, which is equal to the entire preseason.

If by the end of training camp, Cruz can’t show us any signs that he is back to his old salsa dancing self, then it is time for Reese, McAdoo and company to reevaluate the situation. Until then, all we can do is sit back, watch, cheer and pray that Cruz will be helping the Giants offense light up scoreboards instead of giving clueless Giants fans a reason to light up social media.

That is all…for now

Where is the loyalty people? Victor Cruz is a Giant! Have some faith! Let’s Go Cruz, time to shut the doubters up!!!