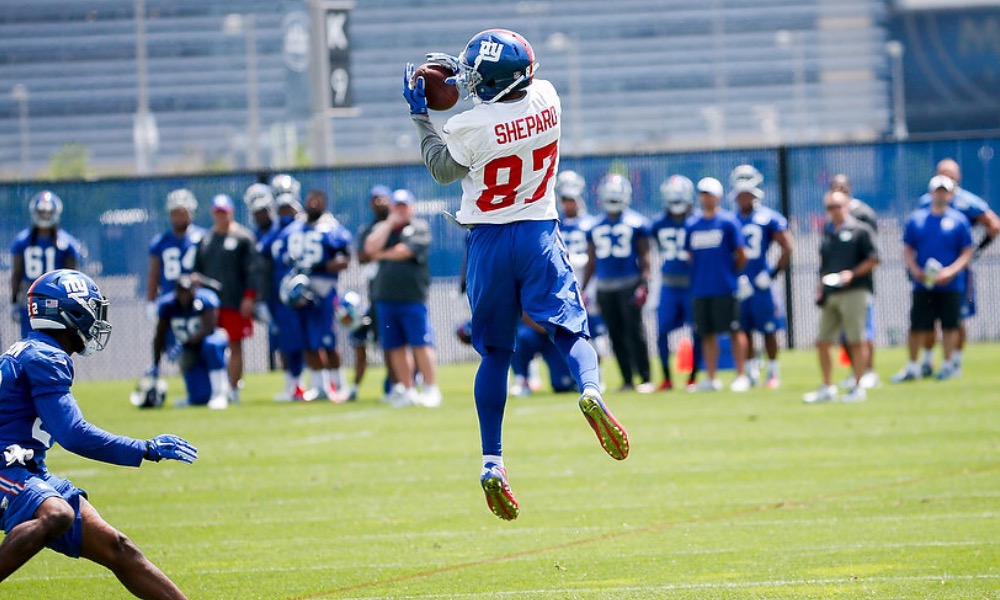 In this article we will tackle some different issues from around the league. We will be covering our New York Giants, division and league rivals, fantasy opinions and other random shit.

Today the New York Giants signed cornerback, Leon Hall, 31, a 10th year veteran of the Cincinnati Bengals. Halls’ career numbers are, 26 interceptions, including three for touchdowns, 111 passes defended, and 365 tackles in his career – all with Cincy.

Great move by Reese to provide veteran experience in the slot to team with Jenkins and DRC. If Hall can stay healthy, the Giants secondary just got a whole lot more serious, and that pass rush a whole lot scarier.

Something’s are just meant to be pondered forever. The meaning of life, death, a woman’s bipolar tendencies. All mysteries that men will ponder until the end of days. Well add another question to the list. How the hell did Sterling Shepard drop to the 2nd round? I will never comprehend how this happened.

They are raving about this kid so far in camp. Polished routes, stellar hands and a real student of the game. Jerry Reese, who has been ridiculed in the past for a lot of draft choices, will be lauded for picking this kid sooner rather than later.

Where in the world is Allen Iverson when you need him? How I wish I can just post that moment from Iverson’s now infamous press conference when I see a fellow Giants fans posting shit about Josh Norman getting torched by his teammates, WR’s Desean Jackson and Pierre Garson. Or how about all the G-Men fans laughing at Dez Bryant of the Cowboys, dropping multiple passes at practice.

Shhhhhhh. Now is that shit funny? Hell yeah it is. Hysterical, even. But let’s focus a little and use our Big Blue brains. It’s practice. No matter how you feel about Norman or Dez, denying their talent is admitting your lack of knowledge about the game of football itself. Is Norman a pure man to man corner? No. He is dependent on a scheme to bring out his talents. Talents that are not going to be on display in one on ones in August. Same with Dez. We have seen him too many times make plays under the lights, when the games count. These two are competitors, and no matter how bad they look in August, we will get their best in September.

New York Giants legend Phil Simms has a son Chris, who has lost his damn mind.

Did Chris Simms really say Tom Brady, who just turned 39, is not a top five QB? What the fuck games is this cat watching? And I can’t get a gig with Bleacher Report? Listen, my man crush on Tommy is well-documented. I am a tad bias, but I am always a tad bias when it comes to defending great players, for any team. I mean if Brady isn’t a top five QB who the hell is? I’m not delusional, at 39 the window for Brady is closing, but besides Aaron Rodgers, who the hell else would you want leading your squad. To deny Brady’s greatness, no matter his age or your personal opinion of the man, is asinine. I fully expect a pissed off Tommy to serve his suspension, come back like a bat out of hell, win the division and flirt with another chance at a Super Bowl. Sorry Chris next time pass the dutchie to the left hand side.

With the return of the NFL, comes the return of OUR leagues as well. It is time for fantasy football. Get your draft boards ready. Start writing new material to destroy your friends on the league page. Get the ball rolling on draft day trade rapes, keepers and all out torture for the sorry douche that finishes last. Most wonderful time of the year! Deep Thought: There will be another article for sleepers, predictions etc…for now I will give ya inside look at my draft board. Top 10 players on my board, for PPR or Non-PPR. No QB’s make the list.

Til another day peeps….Keep on keeping on.