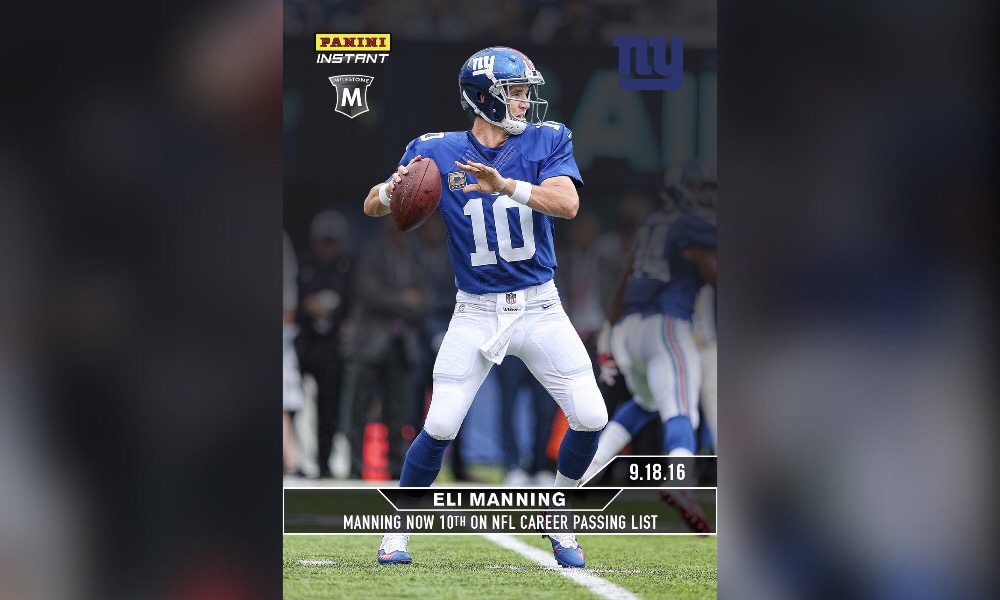 Today. Panini America will be release a special set of Milestone Eli Manning trading cards to commemorate the moment on Sept. 18th when he became No. 10 on the NFL career passing list.

During Week 2 as the Giants faced the Saints, Manning made the jump to No. 10 on the all-time passing yards chart during a fourth-quarter completion, surpassing Drew Bledsoe and ending the victory with 368 yards. This special trading card is part of the Panini Instant collection, which exists to commemorate milestones and achievements in real-time so fans don’t have to wait months (or even seasons) to capture their favorite moments.

· Collectors know that Panini has been producing Manning trading cards every year since he entered the NFL, but they’ve never produced them like this: within days of a specific performance