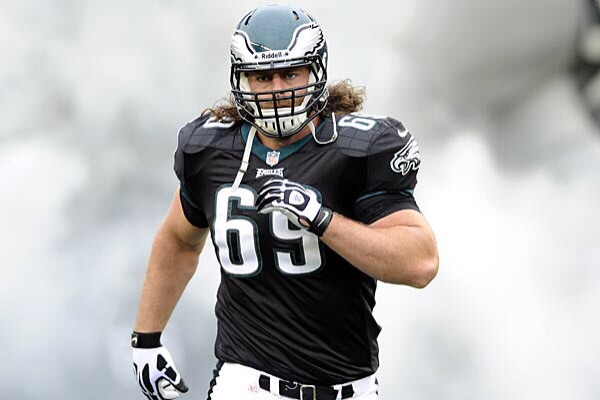 Would there be a better way to recover from losing starting left tackle Will Beatty to a pectoral injury by adding former Philadelphia Eagles Guard Evan Mathis?

Mathis, who was just released by the Eagles after they failed to trade him, is a two-time Pro Bowler who would immediately come in and fill a glaring need for the Giants. After the Giants drafted Tackle Ereck Flowers from the University of Miami, the team looked like they had a formidable line going into the season. This was until starting tackle Will Beatty suffered a pectoral injury in training camp.

The 33 year-old Mathis signed a five-year, $25 million contract in 2012 and has shown no signs of slowing down making two Pro Bowls in that span. After failing to report to Eagles voluntary workouts last season, Mathis received the Eagles permission to seek a trade. After not being able to make a deal, Mathis played out the season and found himself in a similar position this offseason. After not getting a deal done at the draft, the Eagles decided to part ways with Mathis to end the dilemma.

Signing Mathis would an incredible move for a Giants team who had a brutal offensive line last season. Signing Mathis would most likely push Justin Pugh out of the guard spot and move him back to right tackle, as he would play with Geoff Schwartz on the right side. Next to Center Weston Richburg on the left would be Mathis and rookie Ereck Flowers which would be a very solid offensive line for the G-Men.
Although you may be asking yourself, where would Will Beatty play when he returns from injury, if you’ve learned one thing as a fan of this team over the years, you can never have enough offensive linemen.