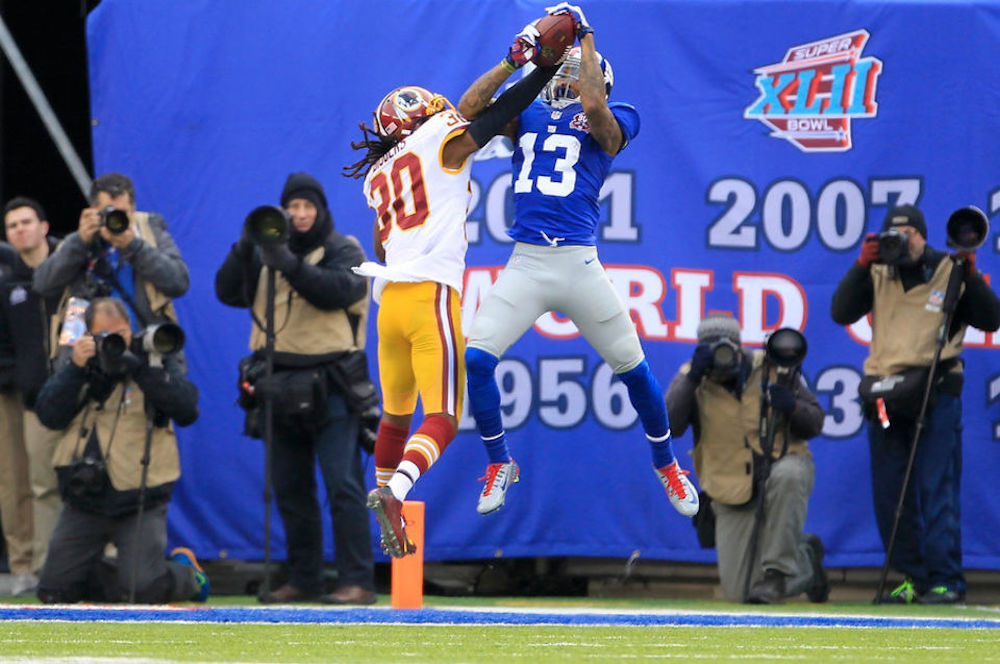 Finish Them! Giants vs Redskins Preview

It is time to put our foot on their throats and apply pressure…lots and lots of pressure…with metal cleats.

The anticipation for the Redskins game this week has me thinking back to some famous quotes by one stellar antagonist. Sensei John Kreese.

“We do not train to be merciful here. Mercy is for the weak. Here, in the streets, in competition: A man confronts you, he is the enemy. An enemy deserves no mercy” Sensei John Kreese

Kreese: What do we study here?

Karate Class: THE WAY OF THE FIST SIR.

Kreese: And what is that way?

Kreese: I can’t hear you.

“FINISH HIM!”…
And why you ask, does this week have me thinking back to these quotes?…
Remember back to 2007, when the Giants went limping into enemy territory in week three.  The Giants were 0-2. They were humiliated by the Cowboys and Packers in consecutive weeks.  Their season was hanging in the balance on that late September Sunday afternoon. They were a desperate team…they were gasping for one last breath trailing the Redskins at halftime 17-3, and 17-10 heading to the 4th quarter.

The Redskins had a chance to bury us that day and instead we dug our way out.  Four months later we hoisted our 3rd Lombardi trophy.

Nine years later…here come the Redskins, limping into enemy territory. Desperate. Gasping for air.  They come to Giants stadium dealing with a quarterback playing with the weight of a franchise tag on one his shoulders.  And a defense that has done more pointing fingers and explaining of its game planning than tackling and making plays. No running game, no run defense.

And the Redskins this Sunday at Giants Stadium can turn it around in one quarter, just like our Giants did nine short years ago.

The Giants need to revisit their history. One, to remember how hungry they were that day at Fed Ex field and realize the Redskins will be starving come this Sunday. And two, to recognize that we as a franchise have not been too successful in some of these scenarios.  Anyone else remember a time where Big Blue hopes were high on Sunday morning, when the enemy seemed ripe for the taking, and then we laid an egg.

Sweep The Leg!  The Enemy Deserves No Mercy!  Is there a problem Mr. Manning?

Unleash hell this Sunday fellas.  Smother an already suspect running game and then attack Kirk Cousins with a vengeance. Pound away at a less than impressive defensive line and set the tone on the ground. Hold on to the ball for Christs sake.

Do not make this game about Josh Norman. This Sunday is not a Wrestlemania main event between OBJ and Norman. It’s a chess match.  Truth is, with the Redskins unable to stop the run, Norman shadowing Beckham is a blessing in disguise. Eli should have no trouble reading, reacting and targeting a revitalized Victor Cruz and a Sterling cat named Shepard all afternoon.

The Vikings and Packers are looming over the next two weeks.  Both teams are beatable and both teams are capable of beating us. The season looks a whole lot brighter with a win against the Skins this Sunday.

For as different as things seem surrounding the Giants over the first two weeks, let us not forget that this is a team that was a brain fart by Terrance Williams and a sensational catch by Victor Cruz away from possibly being 0-2 and not 2-0.

Do not take this opportunity for granted. Do not rest on your laurels. Do not underestimate your opponent.

Take care of business tomorrow. 60 minutes of Big Blue fury. An enemy deserves no mercy….especially these Sons of bitches.

And tomorrow, when we have crushed their esophagus, while they lay there bloodied and battered and gasping for one last taste of oxygen…stand up in your living rooms as the clock ticks towards zero and as we move towards 3-0…and scream with me loud and proud…

GET THEM A BODY BAG!!!! YEEEEAAAAH!!!!…(In your best Tommy from Cobra-Kai voice of course)