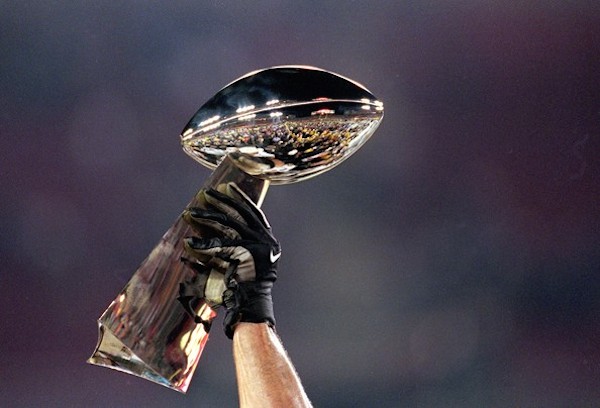 Two weeks.  Giants or Midgets? The hunter or the hunted? The real deal or just a façade These two weeks will show us exactly who we are and where we are as a team. At the Eagles.  At the Cowboys. Why are these two weeks so important?… Just look at the schedule.

At Eagles, At Cowboys, BYE, Colts, At Seahawks, 49ers & Cowboys.

Shit just got real.  And another reason why these two games are so important….the way the schedule ends…

At Jaguars, At Titans, Redskins, At Rams &  Eagles.

There is a realistic chance the Giants can end up running off five straight to end the season…so lets do the math.

Three out of the next six games are against division opponents…two against the Cowboys, one against the Eagles.  Time to reclaim what is ours.  It’s time to put these paper champions with Swiss cheese defenses on notice.  On their turf.  Time to play the villain and relish the chance to shut up two of the most annoying fan bases in the country.  Over the next two weeks we can send a message to the division.  We can show them all that the so called “experts” were wrong.  It is time to take the division by the throat and put all the pressure on Romo and an unproven Nick Foles to play from behind, so we can laugh when they choke again.

Who were the conference favorites this season?…And the last couple of seasons actually?  The Seahawks and the 49ers.  To get where we want to go this season, we might have to make a stop in Seattle come January.  A good showing on the road against the champs would give the Giants a good taste of what they would be in for if they had to make the trip again this season.  The 49ers and the Giants go way back…and having them traveling across the country to play in Giants stadium in front of what is sure to be a raucous crowd gives the Giants the advantage in a game that could end up breaking some tie breakers come playoff time.  These games will be huge tests and if the next two weeks go well, the build up moving towards these games will be electric.  Time to put the NFC on notice…the Giants are for real.

The new darling of the league is a man named Andrew Luck.  And he will be invading Giants stadium following our bye week.  Luck is one of the most followed players in the league, and rightfully so.  The kid is the future face of the league.  Oh and this just in…he can play quarterback pretty well to.  Luck is dangerous and a threat to make a play with his arm or legs from any spot on the field.  The networks love him.  The fans love him.  The country loves him. Fantasy owners really, really love him.  And the Giants will get a chance to show the country on Monday Night Football following their bye week that they are not as enamored with Mr. Luck as the rest of the football universe.  Send a message to the whole league.  We can play with anyone, anywhere.

It is time for the forgotten to reemerge.  Time to crawl out from the mediocre rock we’ve been under since 2011 and fire a warning shot across the nose of the S.S. NFL — The Big Blue Wrecking Crew is out in full force and ready to make a run again.  Ready to be feared again.  Ready to break some hearts again.

A strong showing over the next six games can not only put the Giants in position to beat up on some weaker teams come late November and December and not only make a run for the division, but also home field advantage in the NFC.  A couple of weeks ago this scenario might have seemed like a pipe dream, but right now, and maybe even more so come the bye week, this is a realistic possibility.

They will be seething in Philly come Sunday night.  I actually live an hour outside of Phlly now and trust me…they hate us.  And fuck them! Let them hate us…I love that they hate us…I want them to loathe us come Columbus Day.

Franchise Envy — is a disease sports fans suffer from when the team they cheer for hasn’t experienced winning a championship for a extended period of time and they are forced to watch their rivals celebrate multiple championships.  The best examples of this disease can be found running rampant through the following fan bases — The Philadelphia Eagles, New York Jets and the New York Mets.  The worst case in history was diagnosed in Boston before the Red Sox broke the Curse of the Bambino.

It’s a ugly disease and there is only one cure…a ring.

And this Eagles team wants one.  They were the popular pick to win our division and the conference.  Some have said they have gotten lucky in some wins this season…I say bullshit.  No matter how you win the game, pretty, ugly, lucky…all that matters is winning.  They have played five and won four of them…and now here come the Giants, winners of three in a row and looking to make a statement.

The way the schedule shapes up this can be a great couple of months for the Giants…but a mid-season swoon and a five game winning streak to end the season will not get it done.  It is going to take some big wins over the next six weeks to put us in position to pull away from the pack and own some tie breakers come playoff time. The opportunity is right in front of us for the taking.  All the teams we need to beat to get where we want to be we play head to head — Who can ask for anything more?

Giants or Midgets? — This three game run has been nice, but all it did was raise the stakes for the next month and a half.  We are in for some exciting football over the next two months…Big Blue has a chance to just keeping getting better as this season rolls along, but come Sunday night, no one will care what we did over the last three games. The Eagles will be looking to take a two game lead in the division and send us limping into Dallas desperate for a win.  But, there is a flip side to that coin…we can punish the Eagles on Sunday after watching the Seahawks dismiss the Cowboys Sunday afternoon and be sitting in a position where a win over Dallas next week puts us alone in first place going into the bye.

Giants @ Philly…Sunday night…Mid-October…first place on the line…division rivals and a chance to infect the entire city of Philadelphia with some more of the Franchise Envy virus for the immediate future.  The Eagles think they have the remedy…they think this team can win the Super Bowl…this Sunday we show them just how far off they really are.

GIANTS 34 Eagles 24 — Late Touchdown puts a back and forth game away late in the 4th quarter…Franchise Envy continues.

Enjoy the games this weekend and as always BLEED BIG BLUE!!

I love it any time a bird dies. KA-KAAAAAW!!!

Unproven nick foles? do the blind pepsi taste test between him and eli and see who’s unproven.