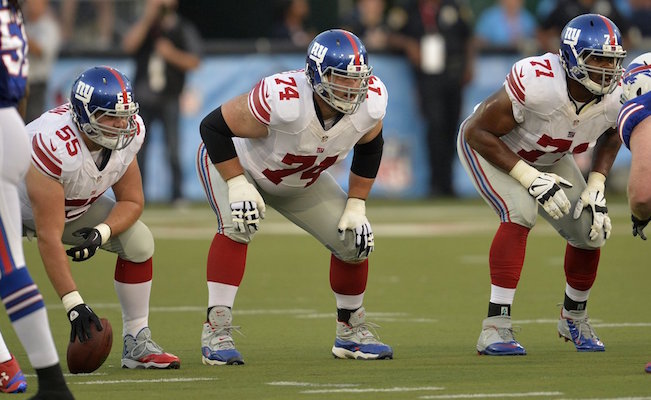 The Giants were able to move around some money as offensive linemen Geoff Schwartz restructures his contract trimming $2 million, according to NFL Players Association. Schwartz will be able to earn back shifted money by in game play and incentives.

Schwartz originally penned a 4 yr $16,800,000 contract was to be a big time addition to the Giants offensive line, but had a hard time with staying heathy. Currently he remains very active on social media, usually provides great insight and strong opinions on multiple topics, the tweets below were no exception.

I see more fans are burning jerseys when their favorite FREE AGENT leaves their team. Because if you had a choice of jobs, you’d take less $

My favorite thing of FA is ppl claiming a player should take less to stay somewhere… But you would never take less money at your job. — Geoff Schwartz (@geoffschwartz) March 13, 2015

One last point… Athletes, in any sport, want to get paid what they believe their value is. That’s a huge factor. It’s more than just big $

This discussion has run its course. I’m going to head back to the gym and/or study my playbook. lol

I appreciate the ppl who understand there’s more to this topic then just my one tweet. It has many layers. — Geoff Schwartz (@geoffschwartz) March 13, 2015