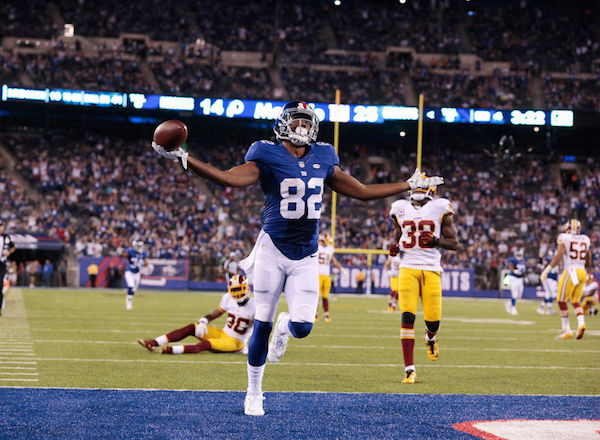 1. The front seven (especially the d-line) do not get to the quarterback.

No matter the situation they lack push. Too often Cousins had 5-7 seconds to complete passes. (They performed better against the run.) The Redskins are not one of the better offenses in the NFL and they were able to make 3rd down conversions and complete long pass plays.

2. The running game continues to be in slow motion with Jennings.

He fails to get holes quickly. Regularly if you watch close he dances and stutter steps. He had one nice run but that does not make up for another poor performance overall. Vereen is a better running back period. Vereen is their best option. Andre Williams also put forth a solid effort and can tough to take down. Nice touchdown run for him in the 1st quarter.

They blocked passes, interceptions, and made numerous tackles in the open field. Which brings me back to point number one. The de- backs are making too many tackles which means the front 7 are getting pushed around and not making tackles. This is not a good trend.

4. Randle got the memo

Whether it was Parker being released, maybe a conversation with Eli during the short week or studying the playbook. Ruben Randle had a nice game. Highlighted by his touchdown late in the game to put the cherry on tonight’s victory. Gave Eli another option.

He takes a lot of the heat when the team plays poorly. He gets a lot of the credit when they win-deservedly so. This guy was so solid it was scary. He makes the plays. The issues we saw the last two weeks -were not present.

The Bad
The kickoff returned for a touchdown.

The Ugly
Dropped passes by Larry Donnel. Unless it is in his stomach he does not catch the ball.