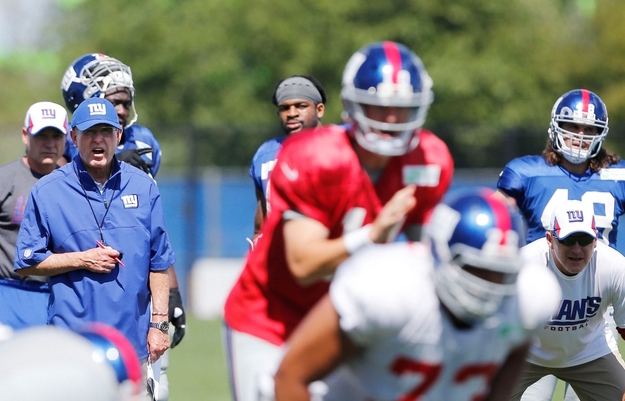 Giants Could End Up On HBO’s Hard Knocks

It’s that time of year again, and once again the Giants have placed themselves in a position where they can be chosen to participate in HBO’s off season documentary Hard Knocks. The Giants historically have avoided such media access and elect to run their franchise quietly.

The NFL will continue to ensure that teams will be in line for each off season, they set forth the following excluding criteria. Team that do not meet any of the exclusions may be chosen.

The Giants, Redskins, Browns, Texans, Jaguars, Titans, Vikings, Buccaneers and Rams are all eligible for 2015

The NFL hopes that teams would volunteer to be filmed but a majority of teams do not want such an unnecessary distraction.

Giants Co-Owner John Marra has voiced strong opinions on the matter in the past.

“That announcement will come when I’m next to my father in Gates of Heaven cemetery.” He said “I voted against the resolution. I have nothing against the show. It may not be for us, but I understand why teams would want to appear on it. I just think that participation should be voluntary, not compulsory.”

“Do you think it has anything to do with whether I say yes or no?” Coughlin said. “First of all, realize that I would have absolutely no say in this, but if it came down to me? Absolutely not.”