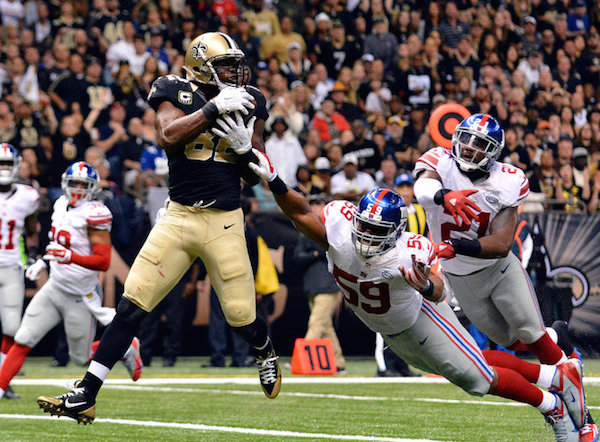 Giants Outgunned In A Superdome Shootout

The New York Giants outgunned in a Superdome shootout against the New Orleans Saints. The 52-49 matchup included 1,028 total yards, 13 touchdown passes, and one defensive score.

Their offense is always high powered, especially at home. It might a day where we have to score some points and I didn’t know how many it would take. Obviously on offense we did some good things. We had some nice drives, we fought back after going down twenty-eight to fourteen and got a touchdown before halftime then came out and tied it up the first series of the second half. Back and forth a little bit more. We just ran out of time with 36 seconds left we had to convert on that third and five if anything just to not give them an opportunity. They had a good punt return and a penalty and then the field goal. It’s a tough one to bite down right now. said

The Giants struggled all game to get the Saints off the field. A rare defensive gem came when Dominique Rodgers-Cromartie was able to jar the ball loose on a hard hit, which was plucked out of the air by Trumaine McBride and returned for a go-ahead touchdown.

Drew Brees and the Saints were able to put together one more drive in the final two minutes of the game to tying it up at 49-49. On the following drive, The Giants went three-and-out and were forced to punt.

Starting the next series Saints rookie Marcus Murphy was able to return the punt to the Giants’ 47-yard line, but a facemask penalty on Brad Wing established the ball on the Giants’ 32,  making it a 50-yard field goal for the Saints to attempt.

The final play, a 50-yard field goal by New Orleans kicker Kai Forbath drops the Giants to 4-4 in a heartbreaking loss.