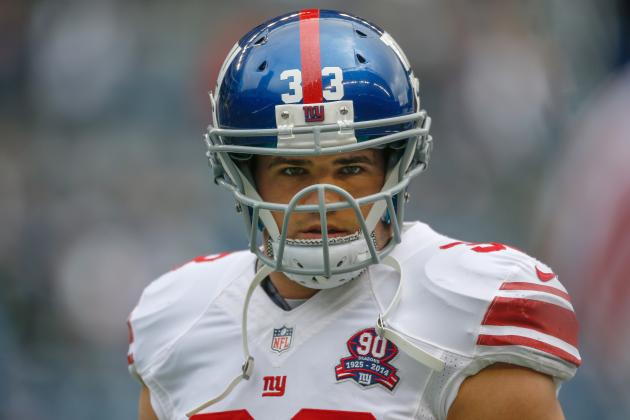 On Wednesday the Giants announced the release of the veteran running Peyton Hillis after two seasons with the team. His career totals include 696 rushing attempts for 2,832 yards and 23 touchdowns and 134 receptions for 1,050 yards and three scores.

The Giants continue clearing out roster and cap space releasing Hillis saves New York $945,000 against the Giants salary cap for 2015.

Hillis Originally  joined the Giants in October 2013 after David Wilson suffered a season-ending neck injury. Hills himself was placed on injured reserve in November after suffering his second concussion.

“It’s tough,” Hillis said. “You know, because you’re right, I’ve been trying to get my career going again and it’s just been really tough because I haven’t had a lot of opportunities. But, I’ve been blessed to be on the team. It’s crazy how one hit can take me out for the rest of the year. That’s very depressing.”

Giants might be looking into the draft to provide help for Rashad Jennings and Andre Williams.