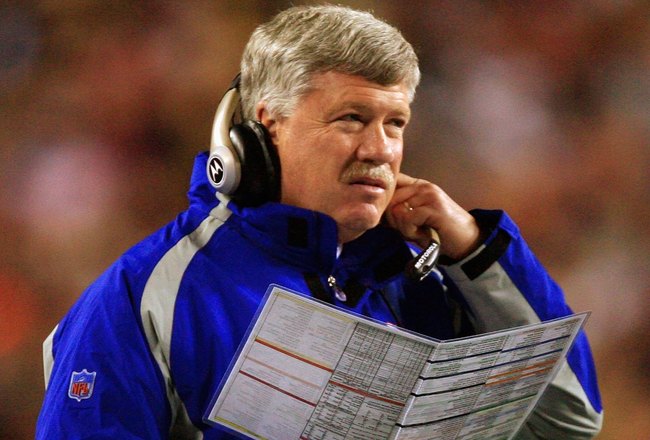 Most of you have noticed the offense has become so predictable that an elite quarter back in Eli manning is shooting for a carreer high interceptions. Why is Eli playing so poorly you ask? The answer may be hard to believe. Its not his fault. Yes I said it. Who do we blame? Im going to be the one to say there is an elephant in the room and he goes by the name of Kevin Gilbride. Run of the mill, Madden video game basic offense would be a compliment to our style of offense. Im not saying we need to start running the read option. All we need is some change. Lets face it guys, some of these plays are still the same from the 2007 season.

Where to begin with a change in a style of offense you might ask? It starts woth the guys up front. Lets get some new blocking schemes and confuse the d-line of opponents. Another wise choice would be thinking about becoming a run first team. For that we would need some new running backs, some all purpose guys that can do anything instead of one that runs, one to block, and one to catch passes. But thats a totally different story. The issue of the day is the coaching. Becoming a run first team sets up Eli’s favorite play action where he feels most at ease.

That leads me to my next point. We have an all star recieving core. Why are these guys running such simple routes? They need to show the defenses a little more than a curl or a slant. Lets throw the entire offensive playbook out.

This all continues to circle back to one man. Kevin Gilbride, its time to take a ride. You dont have to go home but you have to get the hell out of here.

Gilbride Take A Ride was written by Guest blogger Tom Bossman Please leave feedback in the comment field below, I would love to know what you think.