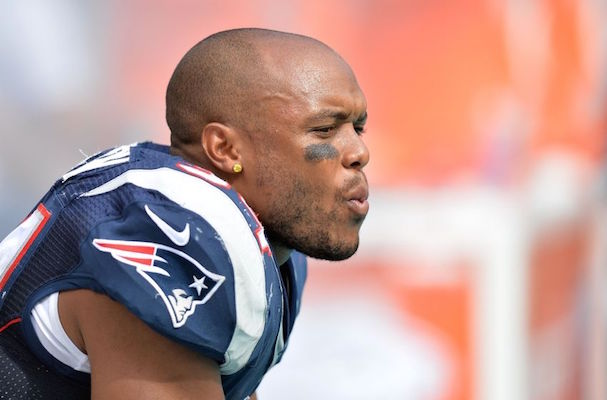 Grading Out The NY Giants Free Agent Signings So Far

It’s that time of the year again fellow Giants fans. The time where fans all around the world go crazy in hopes that their team will sign those missing pieces. Those big names who will right away come in and make a major difference. With 2 days of free-agency in the books, I will give you some insight on the 5 free agents we have picked up so far. Now, unlike last year where we came out hot and spent some big money on notable players, this year has been relatively quiet so far. Let’s take a look.
RB Shane Vereen (3 yrs/12.3m)
At the time I wasn’t too high on this signing, mainly because I know Vereen’s been unable to stay completely healthy, but the more time goes by the more I love this pickup. Entering his 5th year and only 26 years old, Vereen is entering the prime years of his career. He was a solid weapon in the Patriots offense, and I think he can absolutely flourish in our West Coast scheme. It is likely he will only be used on 3rd downs and also on passing situations, but he is an extremely reliable receiver out of the backfield. He also holds on to the ball, and is great at picking up blitzes (which we all know is desperately needed). I also think this is a great move to try and get more out of Rashad Jennings and Andre Williams, knowing that they have a little competition in that backfield now.
GRADE- B
WR Dwayne Harris (5 yrs/17m)
When it comes down to it, I believe this is going to be the most successful pick-up of the offseason. Harris is a very solid special teams player, and after watching some film of him he is extremely explosive and seems to have a 2nd gear that not many can catch up with. He hasn’t quite established himself as a receiver yet, but has the playmaking ability to become a decent insurance policy if Victor Cruz isn’t 100 percent. The most important part of this signing I believe, is he will take over as the punt returner, taking place of OBJ and giving Giants fans one less thing to worry about. I’m very excited to know that we have a somewhat established return specialist for the first time in a while.
GRADE- B+
LB JT Thomas III (3yr/12m)
Thomas spent his last 2 years on Jacksonville. A bit undersized at linebacker at 6’1/236, but he had himself a respectable year last year. Finishing with 84 tackles and 2 forced fumbles, the Giants obviously saw something in him last season which made them pull the trigger. I can’t see this as much more than a depth signing, but with the way our linebacker situation has been, there’s always a chance for him to push for a starting spot.
GRADE- C
OL Marshall Newhouse (2yr/3m)
This guy could possibly be a diamond in the rough. Newhouse hasn’t had much success lately, but was a fixture on the Packers offensive line in 2011 (when they went 15-1) and 2012. With 36 career starts under his belt, he obviously has what it takes to be a contributor on the NFL level, and considering the amount they signed him for it definitely seems worth it. There is still whispers that Will Beatty might not make it past June cuts, so bringing experienced depth to this offensive line is a must right now.
GRADE- C+
LB Jonathan Casillas (3yr/10.5m)
This one is one of those “eh” pickups. Casillas has been hampered by injuries in his career, and figures to be nothing more than special team depth. But like I said with Thomas, the competition for linebacker is open to anyone right now, I just don’t see him doing much besides ST. This is the one pick where I felt they could’ve filled this spot with a late draft pick or an un-drafted free agent instead of spending the money. But hey, you never know!
GRADE- D
The Giants still have some money to play around with, so they definitely aren’t done bringing players in. I think there have been some solid additions to this team who can contribute right away, and like we always say, “In Reese We Trust”. Follow me on twitter @TheLazeShow and let me know who you guys think we should go after, until then….BLEED BLUE

“Grading Out The NY Giants Free Agent Signings So Far” was written by Guest blogger Brian Lazor. Please leave feedback in the comment field below, I would love to know what you think.

Ted Ginn Jr. Would Be A Nice Fit For Giants
Free Agency Frenzy
To Top