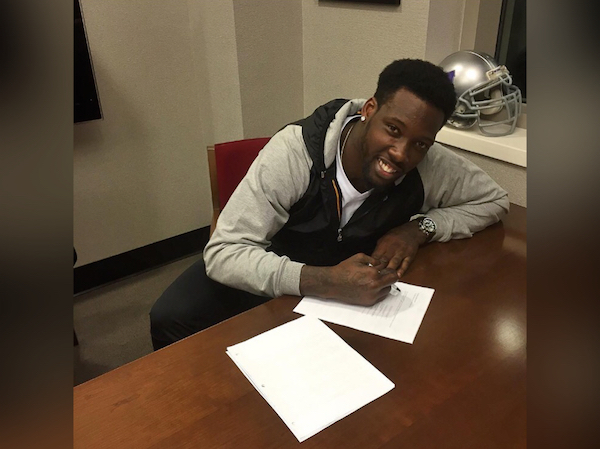 Jason Pierre-Paul And The Giants Reach A Contract Agreement

The Giants and Pro Bowler Jason Pierre-Paul have reached a contract agreement and will begin working toward a return to the playing field as reported on Giants.com

Pierre-Paul has not played this season because of serious injuries he suffered in a July 4 fireworks accident in Florida. Below is from JPP’s Instagram @iamjasonpierrepaul

What a humbling experience this has been for me! I’d like to take the time out to thank God FIRST for giving me a second opportunity to play football. I’d also like to thank the Giants organization for believing in me to play for them again and to be alongside my brothers during the 2015 Season. Also, want to thank my Fiancé, Son, Family , Friends, Eugene Parker, Danny Martoe, Realitivity sports, Dr. Owens, Dr. Askari, Dr. Potparic, Debbie (hand therapist), Mike Alessi, Impact sports facility and staff, Coach John Blake, Pastor O’brien,Fans and everyone who was keeping me in their prayers and believed in me! God is good all the time! Have faith , patience and prayer with you always! Let’s go Big Blue! #90PowerCircle #ImBack

Tom Coughlin is happy to see JPP back with the Giants.

“It is just good to have Jason back in our building, You can feel his energy and his desire to overcome what he has had to endure since July. His spirit is undeniable, and he is anxious to get to work with (defensive line coach) Robert Nunn and Spags (defensive coordinator Steve Spagnuolo), as well as our medical and strength and conditioning people.”