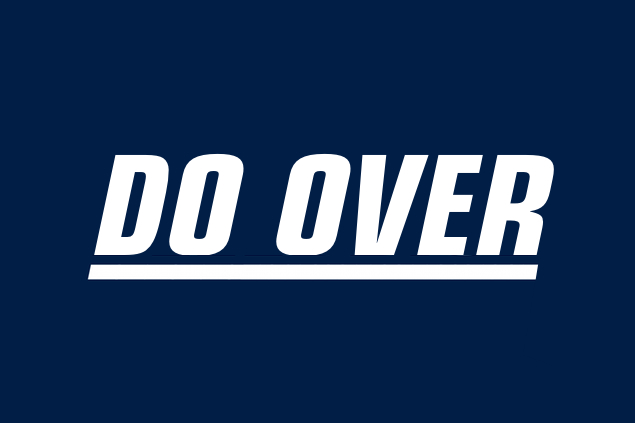 I try to write these articles and make them as entertaining as possible. A pop culture reference here or a pop culture reference there may help to bring some life to topics that sportswriters make so mundane at times. And let’s face it, with our New York Football Giants at 0-4, I think we can use a new perspective on things. Especially, after what might be the worst month of Giants football these eyes have seen ever since the unwarranted days of Dave Brown at quarterback.

What are the Giants beat writers topics this week?

can run the table….WTF is he supposed to say??

3. Justin Tuck wants to punch people in the mouth if anyone turns on coach Coughlin….Hey Jusin, stop talking and punch an opposing QB in the mouth will ya!!

4. Who is to blame for this team?…Reese? Coughlin? the players?…. Uuuuh…did the season end and I am not aware of it?

Well since everyone is writing about gloom and doom, and the worst of what may happen in the future, I would like to offer a fresh perspective on the last 12 games of this season.

Growing up in the Bronx we played sports all day and night. Basketball in the morning, baseball in the afternoon and football at night, eryday eryday eryday (Drake voice). The only thing that would even get us to consider to stop playing was hearing your mother scream your name from a terrace or a window when it was dinner time or bedtime.

During those pick up games of baseball, basketball or football there were many arguments between my friends and I.

When playing basketball we adopted the “no blood, no foul” rule, which led to argument after argument.

While playing football we’d argue if you “tagged” the guy with one hand or two or how quickly someone may have counted to 7 Mississippi…. aaaah to be young again.

Nine times out of ten these heated differences of opinions were usually decided with two little words… Do over.

How great was that back in the day? Do Over. No matter what happened we had the ability to erase the past and replay the down, pitch or basket.

Well allow me to welcome you to week 5 of the NFL & The New York Giants Do Over. Wait lets call it Blue-Over!

Can’t put pressure on the QB…BLUE-OVER

Remember the movie SPACEBALLS? (If you haven’t seen it I apologize and may God have mercy on your soul.)

Remember when Dark Helmet and Col. Sandurz are trying to locate Lone Star and the Druish Princess? They do this by using an “instant cassette” which helps them see the entire movie before it’s even done being filmed. While fast forwarding, they stop at that precise moment in time and see themselves searching through the video.

Take a minute and a half and click here: Spaceballs Video

So what’s one thing have to do with the other? BLUE-overs and SPACEBALLS??? I don’t get it James.

Honestly neither do I, but I’ve been sick as a dog all week, we are 0 and 4 and I’m f’d up on Nyquil…so roll with me here will ya.

Let’s examine closer shall we…

Through four weeks our team sucks. Straight up no excuses about it, we are putrid in all three phases of the game.

The last two Super Bowl runs were amazing and we as Giants fans will never forget.

But how long can you live in the past?

How long do you make excuses when it’s right in front of your eyes?

When do we accept reality? That maybe we all over estimated the talent on this team…

So what are we to do as Giants fans? Give up?… Throw in the towel in October?

Do we boo the coach and the quarterback that gave us two playoff runs that we will tell our grandchildren about years from now?

No… We believe they can do it again. One more time. We believe because we don’t turn and run when things get tough, and because we have no other choice. We didn’t turn our backs in 2007, or in 2011 and we were given memories to last a lifetime.

We pretend that the NFL extended the preseason by 4 games… that on Sunday we get the Eagles in our season opener. 1st game of a 12 game season.

1st four games we cant get back, nor should we want to. BLUE-over…

YOU: But what happened to them?

ME: We passed them.

YOU: But when will then be now?

ME: Sunday at 1pm

They have fired Coughlin time and time again. They have insulted Eli with no remorse for a decade. They have written us off again Giants fans.

All the talking heads, all the opinion givers that we read and listen to, they have made funeral arrangements for us before the calendar turned to October. Will they ever learn their lesson?

We as fans can not buy into the negative…it’s too long a season and this team has proven them wrong time and time again…one more time…BLUE-over.

BLUE-OVER BIG BLUE… Give the fans that will be in attendance a reason to scream. A reason to have to explain to their bosses on Monday why they have no voice. Hit Vick like he Clark Griswold’d your dog. Swarm to Shady McCoy like he talked bad bout your mama. Lower the boom on Desean Jackson…well…because he’s Desean Jackson.

Offense, fellas, Come the fuck on. When the defense sets the tone on the flashy Eagles who are sure to turn the ball over, do not let them off the hook. Execute. Score. Finish.

WHEN WILL THEN BE NOW?

The Cowboys, the Redskins and the Eagles have unbelievably left the door open. It’s cracked. It will not be for long.

1-1 in the division – one game out of first…and a trip to Chicago on Thursday Night Football. Hopefully by Sunday at 4 things look a whole lot different for us BLEED BIG BLUERS…and hopefully I’m not fucking sick anymore. They have written us off again Giants fans, but if you had to pick one team in this entire league that could shock the world…again..who would it be?

LETS GO GIANTS — GET UP YOU SONS OF BITCHES…CAUSE JIMMY LOVES YA.

Good stuff. I think you might have stumbled on the solution… have the Giants watch Spaceballs before every game. Then they’d be relaxed and in good spirits when they hit the field. At 0-4 anything is worth a try, right?