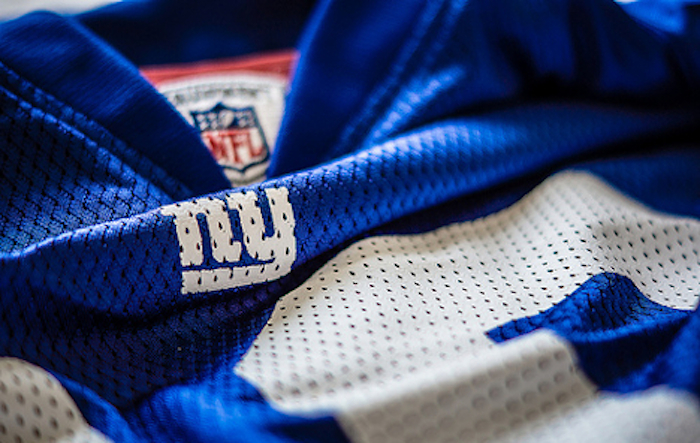 Well here we go…just like that, It’s football season again. Free agency begins today and the Giants will be active. How active remains to be seen. They are not going to break the bank for anyone out there, instead I think they will bring in a couple of guys who will come cheap but have big upside.

Big Blue is going to make moves, albeit not very “sexy” moves, as they look to rebuild this roster for another SB run over the next 2-3 seasons.

It really annoys me when people start talking draft before free agency. How can we guess who will fill the spots on the roster before we start filling the spots on the roster?…If the Giants bring in Jermichael Finley at tTE, would they then draft Ebron with their 12th pick?…If they sign Titans CB, Alterraun Verner, which I think would be a great signing, would they then draft Dennard with their 12th pick in the draft?…Probably not. So as we look to draft, the next 3-4 weeks should help us see where our GMEN might be looking come May…but as for 4pm today…

Where should they focus?... Well, where do we start. This is a team with wholes all over the roster, we got old fast, but we can turn this thing around quickly with the right moves. Free agency is a gamble, I don’t care who you are bringing in, these moves can go Antrel Rolle good, or Lavar Arrington bad. You never know, so let us “Rolle” the dice yet again, and see if we can find some Big Blue steals…

The Giants will be looking to fix this clusterfuck sooner rather than later. The question is how do they plan to fix it. I fully expect the Giants to restructure or even cut both Baas and Snee, consider anything we get from those two vets a bonus. Where does that leave us?…Well, with Beatty under contract, I expect the Giants to have him penciled in at LT. The question comes down to Justin Pugh, if the Giants are pleased with Pugh at RT then the goal in FA is at guard and center. If the Giants go Tackle in free agency, expect Pugh to shift to guard at the start of training camp.

Center Targets: C Brian De La Puenta (Saints) or Even Dietrich Smith (Packers)… (not getting one of these 2 would be a disappointment)

MY PICKS: If I’m Jerry Reese, I’m active here early. I’d target Center Evan Dietrich-Smith, Guard Jonathan Asamoah first. I would then turn my attention to a bargain player such as PFF’s 5th ranked Guard this season Travelle Wharton, who at 32, could come cheap and start or provide depth based on Snee’s health, and contract.

SKILL POSITIONS (WR, TE,FB and RB): We all know the names here, and if your under the impression the we are set WR, well you are kidding yourself. Our Giants need a little help at all four of these spots…some potential names,

MY PICK: I’m not interested in Pettigrew, who can’t block and has trouble catching at times. Finley would be a nice pick up, if he wasn’t almost crippled last year and looking for a heavy pay day. I’d target Andrew Quarless for two reasons…1. He’s cheap and won’t clog up the roster spot if Ben McAdoo can work his TE magic with Adrien Robinson. and 2. he’s a better all around TE and would provide a nice bump to the running game. When the Packers had Finley and Rodgers out last year, Eddie Lacy went off. Quarless had a big say in that.

So did this guy….at FB, I’d go get John Kuhn. If not, look for Hynoski to return on the cheap.

WR: The Giants are not going to be spending huge here. They will return Cruz, Randle and Jernigan. Not a bad start, but a bump in talent is needed…someone who can push Randle to the limit in training camp. Someone with the ability to play the outside spot so Cruz can move to the slot on occasion. There is one name I’d target here…

Kenny Britt ( Titans): Britt is going to be motivated this season. For one, considering his past season, Britt will most likely sign a short term deal this off season looking for a pay day more worth his talent next year. Reese should be on the phone now. The former Rutgers grad would be back home in NY/NJ and have a chip on his shoulder. Britt can end up being a steal of steals for someone…and if the money is right, and he is healthy, he’d be a very nice for Giants and Eli Manning.

RB: Lot’s of names here to…MJD, McFadden, Tate, Sproles and Moreno. I’ve seen Giants fans screaming for Sproles the last 3 days…and I am shaking my head. Sproles ain’t coming here. He’s 30 years and is one dimensional in terms of the running game. We have a Darren Sproles…his name is David Wilson. Spending 4 million a year on a guy like Sproles makes no sense for us. Look for Sproles to end up in Atlanta, Denver or even Seattle as a change of pace back. We need an every down back…

MY PICK: Toby Gerhart (Vikings)…I don’t think the market on RB’s is going to unfold right away, which could make some other options available for a good price, but when you consider age…wear and tear and ability, the Stanford grad might be a diamond in the free agent rough. I think the Giants should also keep and eye on a guy like Mcfadden if he is willing to play on a 1 year prove it deal. Other options may include Donald Brown and James Starks as well.

If we went into camp with Gerhart, Starks OR Donald Brown and Cox and Wilson competing for that 3rd RB spot we are in a lot better shape then last year.

At Defensive Line….I’d go sign Jason Hatcher (Cowboys), I know he’s 31, but he should come a decent price and he will be motivated being in the NFC. Brings a much needed attitude adjustment to the DT spot and couple be nice compliment with run stuffing Jonathan Hankins expected to make a jump in playing time.

Other Options at DT:

Jackson took a massive pay cut to stay with the Chiefs and played really well. Now it’s time to pony up, and the Chiefs may find he’s priced out of their market.

Arthur Jones (Ravens) At 27, Jones is going to have a full dance card this free-agency period. Most teams running a 3-4 will at least discuss adding Jones, who would be an upgrade for almost all of them.

DEFENSIVE END: With JPP entrenched at one starter, the Giants can look to bring in someone at this position to push/compete with 2nd year phenom DaMontre Moore. Look for Michael Johnson to be unfortunately out of our price range, some other names may include…

Willie Young (Lions) Undersized, but a tenacious pass-rusher, Young’s best fit is in an already-stacked defensive line. He may find the grass isn’t greener and end up back in Detroit.

Corey Wootton (Bears) Although he has the tools to be successful when healthy, Wootton shouldn’t expect a longer-term deal until he proves he’s fully healed from a torn labrum.

Alex Carrington (Buffalo Bills) Turning 27 this summer, Carrington has the raw talent to be a key player on a defense and has played a number of different positions. Coming off a major injury, Carrington will be an underrated signing if he’s healthy.

LINEBACKERS: I’d love to resign Beason, but with him now representing himself, who knows how that turns out. I still think there is a good chance of Beason returning. If not, Reese better get creative in a hurry…some names that can end up in Blue…

Mike Neal (Packers) A 26-year-old who can rush with his hand up or in the dirt? Expect a bit of a market to coalesce around Neal when more-hyped pass-rushers come off the market.

Anthony Spencer (Cowboys) A fantastic linebacker in 2012, Spencer is over 30 and coming off of microfracture surgery. The other concern is that he offers more of a well-rounded game than simply pass-rushing, and teams may not pay very much for that before the draft.

MY PICKS: Do whatever you need to do to resign Beason…then target…

Wesley Woodyard (Broncos) Woodyard disappointed last season. Still, he’s very active and able in coverage and is still young enough (27) to improve his game. If he comes cheap, he could be a steal.

SECONDARY: Prince will be back and so will Rolle…but who else?…I think the Giants bring back Stevie Brown and couple him with Rolle at the safety spots… but if the Giants want a guy to come and compete/push Stevie Brown considering last years injury, the man might be…

Chris Clemons (Dolphins) The “other” Chris Clemons no longer compared to the defensive end, safety Clemons has come into his own as a terrific pass-covering safety.

CornerBack: I didn’t think the Giants would be in discussions with any of the top guys on this list, but Jerry Reese is a riddle trapped in a enigma. If they can find a way to sign this guy, he is going to be a star in this town.

Alterraun Verner (Titans) One of the true impact players in this free-agency class, Verner is starting to get more recognition in the media. That won’t change after he’s one of the highest-paid free agents this spring.

Other options may include…

Corey Graham (Ravens) Graham was a valuable nickel back and spot starter last year, setting career highs with 74 tackles and four interceptions. He appeared in all 16 games and graded out as a top-15 slot corner by Pro Football Focus.

Charles Tillman (Chicago Bears) At 33, Tillman could be a team’s short-term answer at either cornerback or safety.

Captain Munnerlyn (Panthers) Had the best year of his career in 2013, but the Panthers don’t have enough money to bring him back if other teams rank him much higher on their lists than I did.

Tarell Brown (49ers) San Francisco values him as its No. 2 corner, but he’s 29 years old and the 49ers don’t have the desire to give him his one last big payday.

Brandon Browner (Seahawks) Better than some of the corners ahead of him on this list and an original member of the “Legion of Boom,” but off-the-field and suspension issues may have teams keeping him at arm’s length.

Here are mine as we head into the murky waters of free agency…..IN REESE WE TRUST