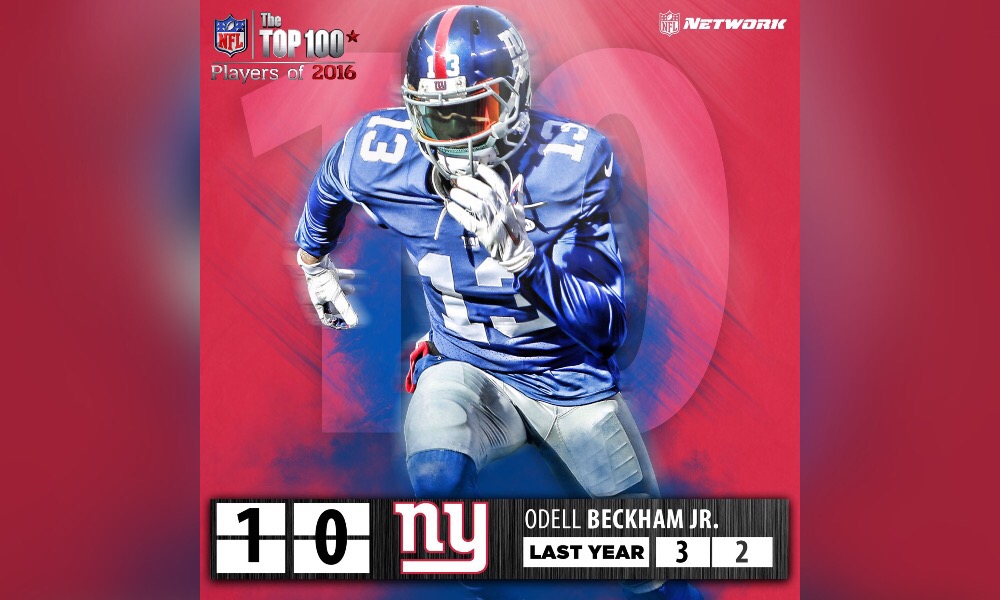 Odell Beckham was ranked number 10 in the annual NFL Networks top 100 players. Beckham’s 96 catches for 1,450 yards and 13 touchdowns last season earned his top 10 nod, as voted by his peers.

Ranked as the third-best receiver, behind the Julio Jones #8, and Antonio Brown #4, Beckham took notice, and has some future motivation.

“that’s not good enough. I’ve got to do more…They don’t want it like I want it. I gotta have it.”

They sky is the limit, show them Odell.