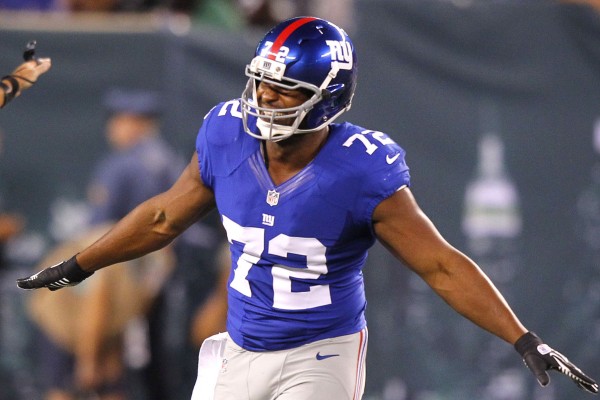 Osi Umenyiora To Retire As A Giant

The New York Giants and former defensive end Osi Umenyiora are in talks about signing a one day ceremonial contract  that would allow him to officially retire as a Giant. The defensive end played ten seasons with the Giants and was known for an explosive 1st step.

Umenyiora, 33, spent his first 10 NFL seasons with the Giants and established himself as a supreme pass-rusher, possessing a jet-quick first step that often left offensive tackles still anchored in their stance as he was bearing down on the quarterback. Umenyiora had 75 of his 85 career sacks for the Giants, including seasons of 14.5 (2005), 13 (2007) and 11.5 (2010). Umenyiora’s 75 sacks rank fourth on the Giants’ all-time list, behind Michael Strahan (141.5) Lawrence Taylor (132.5) and Leonard Marshall (79.5). NY Post – Paul Schwartz

The saying goes “Once a Giant Always a Giant“