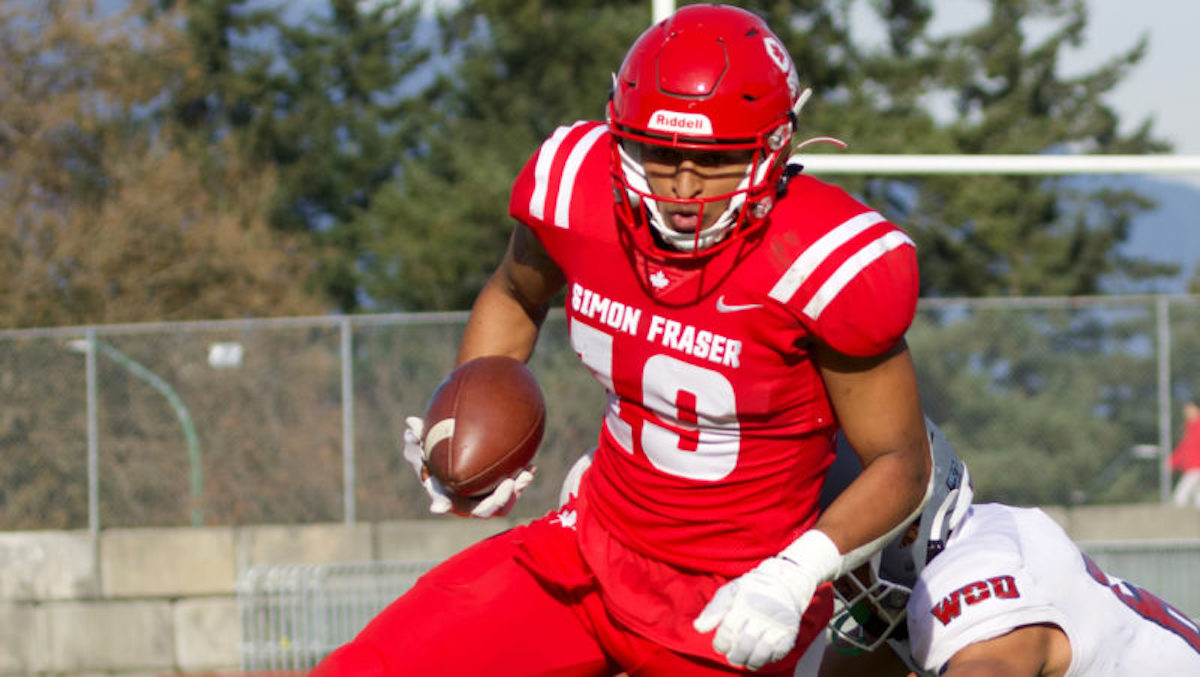 If you have been paying attention to the NFL recently, it is obvious that the league has started to shift their search for the future to all over the globe.  With games now being played in Europe and Mexico, it is no wonder that teams have really shifted a focus to finding future stars from other countries as well.  Enter Rysen John, a wide reciver from British Columbia in Canada.

John has a lot of great things going for him.  During his collegiate career at Simon Fraser University, John racked up some great numbers as their leading wide receiver. In 2019, John had 53 receptions for 861 yards and 10 touchdowns.  Throughout that span he was able to average 86.1 yards a game. These achievements allowed him to earn the title of team MVP and Simon Fraser Offensive Player of The Year.  His successful year of college football started to warrant the attention of NFL teams, as a rumored 15 NFL teams had shown interest in John.

It was also rumored that divisional rivals, the Redskins, were very interested in John as well.  However, 5 minutes after the Giants made the call on Mr. Irrelevant, Tae Crowder, they called John and made him a part of Big Blue.  John will no doubt be a possible favorite for Daniel Jones, who has plenty of targets at both wide receiver and tight end.  However, those skill players do not all have the size that John offers.  When you watch the highlights from John’s career at Simon Fraser it is clear to see that he spent plenty of time catching touchdowns on jump balls.  More importantly, his ability to run routes and find holes in the coverage schemes of different defenses flash from the film.

The most obvious con with John is not necessarily something that you can hold against him.  The biggest con for John is that he has played his entire career in the region of Canada.  No disrespect to Canada, but that essentially means that his competition was not the greatest.  The concern would be that he may look flashy on film, but he was not necessarily going up against the great defenses of the SEC or BIG 10 in Canada. More importantly, as a wide receiver it is safe to assume John has not had too much experience blocking.

Blocking will have to be a skill that is developed over the next several months. This, however, was not a big enough concern for the New York Giants who felt like they found a gem in John, and as previously noted made him one of the first Undrafted Free Agents they contacted.  It is likely that had COVID-19 not canceled John’s official pro-day, he would have been taken by an NFL team that would have fallen in love with his skills in person. Instead, the Giants find themselves with a new 6’7 RedZone weapon who could be the perfect complimentary piece to Evan Engram in two tight end sets.

“Rysen John Player Profile” was written by Guest blogger Christopher Keene Please leave feedback in the comment field below, I would love to know what you think.