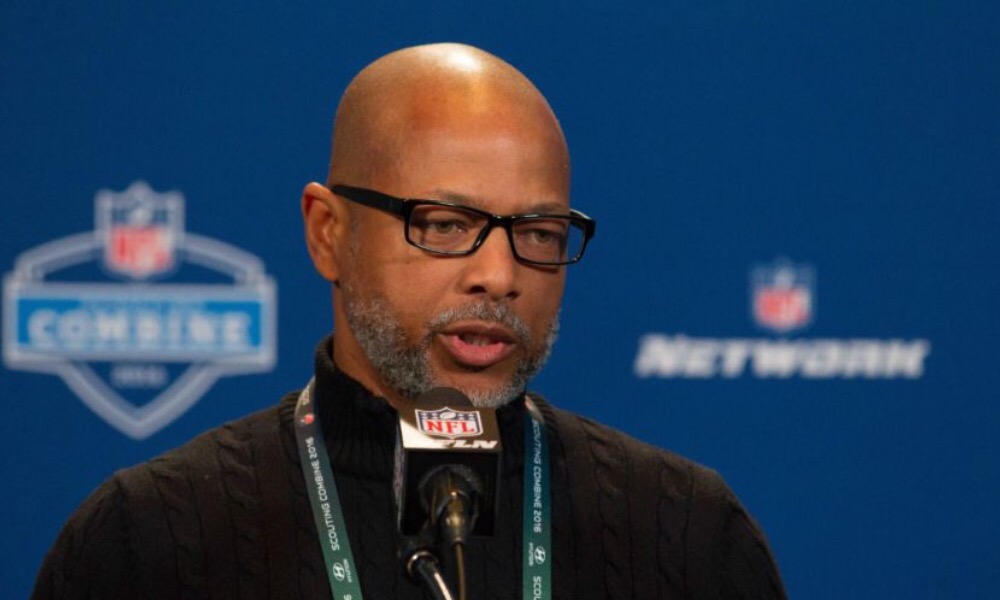 Now that the season is over, I would like to share my ideas for Free Agency. My ideas may seem out of the box, but please bare with me. If Reese follows this, we dominate (IMO). My goal is to fix the team in free agency and then draft best player available in the draft. Please note a PFF score of 50.0 is average. My goal is for the team is to be FASTER on field in 2017 and also to leave us in position to resign Odell in future and draft a QB this year, which in my opinion we won’t do if we don’t fix lines in FA.

Replace him with free agent Coradelle Patterson(PFF rating of 67.2 for 2016). Why? Even though Harris dominates on kick coverage he is mediocre on the depth chart receiver wise. Adding a more explosive option that is younger and can add SPEED(4.39 forty yard dash) to what I feel is an average speed team would be very smart. He is 25 years old, and would fill the need for a bigger(6’2″ 220) wideout in our WR group. I also add FA Marquise Goodwin of Buffalo. He is track fast(4.29 forty) and can catch. Plays specials and as a 5th wideout he is a nice change of pace. Deadly potential on WR screens as well. Please Note: I love Terrell Pryor but I believe Browns overpay to keep him as they have 104 mil in cap room.(not a typo).

2. Allow Hankins to leave as a free agent.

Allow Jonathan Hankins to leave as a free agent. Cut Robert Thomas and replace them with Dontari Poe(PFF rating of 70.5 2016) formerly of Chiefs. 27 years old NT/DT. He is a superior athlete that can get sacks up the middle. He runs a 4.98 forty yard(see my theme here?) dash at 320lbs. He even threw a td pass this year, while getting successful snaps in the goalie ala refrigerator Perry.

Bobby Hart and sign free agent Larry Warford(PFF rating of 82.0 for 2016) to play RG. He is 26 and is the type of fundamentally sound run bully we need inside to rebuild this line to elite status. a stomach of PUGH/WESTBURG/WARFORD would make major alleys to RUN rock in. If Warford signs with Lion, I would add Luke Joekel instead. He played Tackle and Guard and is 25 from the Jags as a Free agent.

Release Larry Donnell, Will Johnson, Matt Lacosse and sign Levine Toilolo(PFF rating of 67.6 for 2016) of the ATL falcons to play TE, he is an unrestricted free agent. He showed himself to be a top 12 blocker and even flashed promise as a catcher/red zone threat. The 6’8″ 265lbs Stanford grad is smart, strong and gonna be cheaper than name brand guys while coming from a super bowl appearance. He and Adams would be like twin towers in the redzone at 6’8″ and 6’6″ with Tye giving quality back up minutes…. As a back up plan I also LOVE me some Jack Doyle(PFF rating 76.0) of Indianapolis. 26 year old and blocks like an old school guy, just doesn’t have the overall upside of Levine.

Release Leon Hall, Coty Sensabaugh, restructure DRC to 3.3 mil(instead of 6.8) per plus 1.2 mill upfront(with incentives) which should drop his cap hit by about 2.3 mil and sign free agent Sterling Moore(PFF rating of 72.3), free agent from New Orleans. I don’t know if you remember but this little f&#ker but he gave Odell issues when they met. He is fast and agile and nasty. He can play on the island like he did versus Odell or slot and he tackles. had 44 of them this year with 13 break ups and 2 picks. I see him as depth this year and a starter next year when DRC is unrestricted.

Release Marshall Newhouse, and do not resign John Jerry, move Eric Flowers to RT and sign Riley Reiff(PFF rating of 67.5) to play LT. 28 years old free agent from Detroit, he is durable and playing better ever year of his career. He has played on both sides of the line.

sign Latavius Murray(PFF rating 72.0), 26 year old free agent from Raiders. He is the every down guy that we need to run inside and outside. With healthy mix of Perkins and whoever we draft, I think this unit could be a strength again. I only cut Vareen because to me he and Perkins similar with regard to role moving forward.

Release Trevin Wade, Mykelle Thompson and Nat Behre and sign free agent Dre Kilpatrick(PFF rating 74.7) from the Bengals. fiesty and long with a rangy style(6’2″) we lack in secondary. He can swing out to FS too in certain packages. 27 years old, he could be a player here for a good long time. Played huge games on island at BAMA. Young and seasoned. 46 tackles 3 picks 10 deflections in 2016 plus he and Landon already brothers from that SEC championship team.

Release Kevin Sheppard, JT Thomas and sign free agent Linebacker Kevin Minter(PFF rating of 81.0 for 2016). He had 88 tackles 3.5 sacks for Arizona last year and is 26 years old. This LSU player is a homeboy of Odell too having played under Les Myles for the tigers together. He adds SPEED and versatility to a mediocre group. He, Robinson and Kennard would be a solid group. Add in BJ Goodson and whoever we add in draft and we now have guys to cover the ever changing role of the leagues top TEs.

Resign JPP. Pay Cruz 15% over the league minimum with incentives.
If we were to pull this off we could add game changers in draft. When I did the math here(roughly), I found that this is very much possible of us, assuming we don’t pay JPP the way we paid Vernon. We need JPP to take a discount of sorts. If not, I let him walk, promote Romeo Okwara and draft a replacement before end of round three of 2017 Draft.

Please are your thoughts. Thanks for checking me out at Bleedbigblue.com