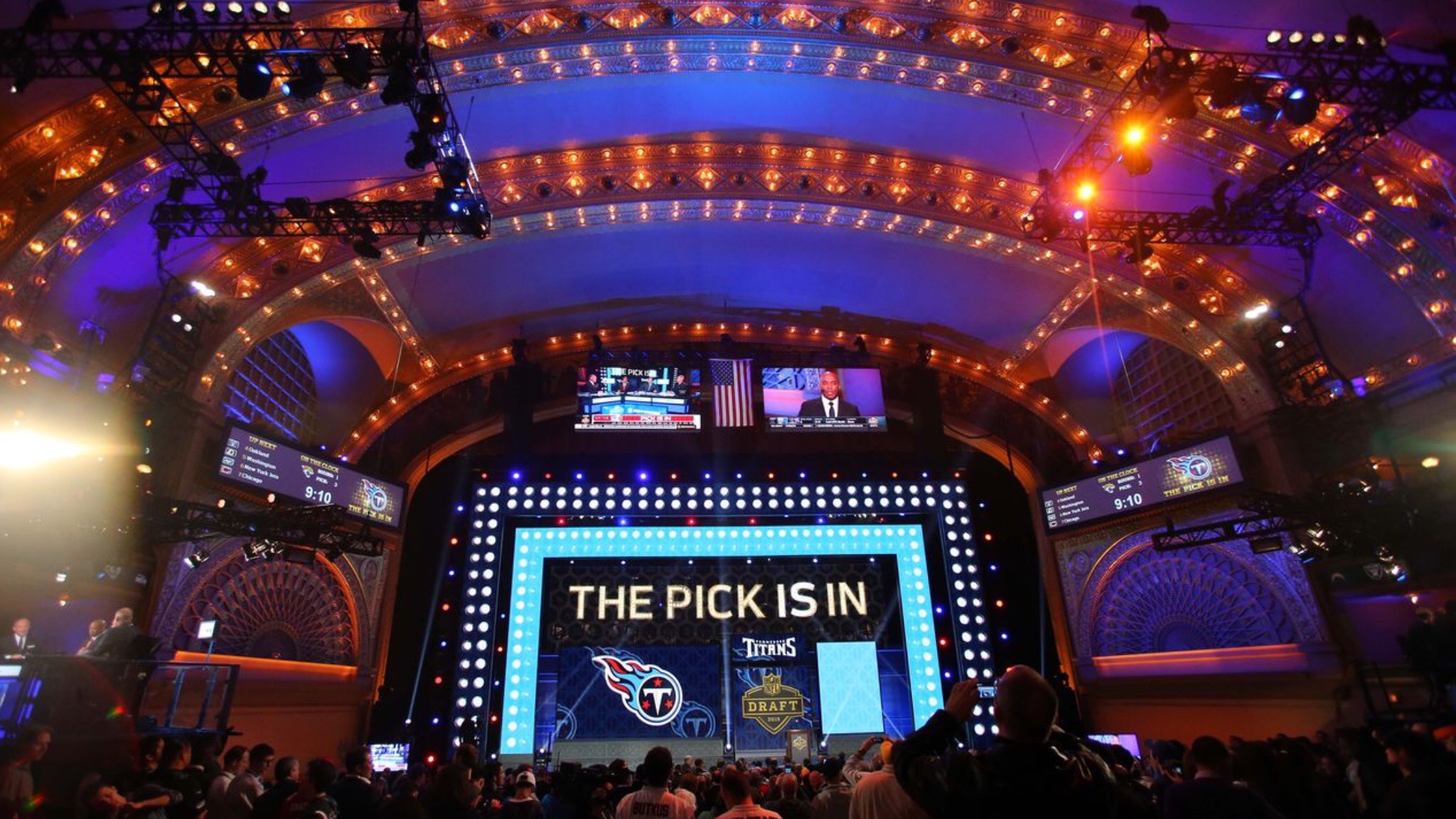 With the NFL Draft less than a month away, BleedBigBlue gives you some draft insight with a Mock Draft.

The Browns take Carson Wentz, the best QB in the draft.

The Chargers select a potential shutdown corner in Jalen Ramsey.

With an urgency to add to the pass rush, the Cowboys take Joey Bosa

The Jags simply take the best prospect in the draft, Myles Jack.

Looking to improve the pass rush, the Ravens add DeForest Buckner to their defense.

With Colin Kaepernick on his way out of San Fran, the 49ers select Jared Goff.

With a huge gap to fill in the secondary, the Bucs take Vernon Hargreaves, one of the best prospects in the draft.

The Giants have other needs, but if Ezekiel Elliott is still on the board at ten, they have to take him. Elliott is, after Myles Jack, my best rated prospect in the draft. Elliott is an excellent rusher, and is an unbelievable receiver as well. Elliott is as complete of a running back as they come, so, the Giants add Elliott to their already explosive, and incredible offense.

Coming off a horrible defensive season, the Saints fix their secondary by taking Eli Apple.

With no notable cornerbacks on the roster, the Dolphins select Mackensie Alexander

Having lost Justin Tuck in the offseason, the Raiders take the best pass rusher in the draft, Noah Spence.

Although the Rams announced Case Keenum as the starter, they still need a QB and will take Paxton Lynch.

After Calvin Johnson’s retirement, the Lions need a receiver and they’ll take one by selecting the best receiver in the draft, Laquon Treadwell.

The Falcons add Emmanuel Ogbah to their pass rush.

With a major need on the offensive line, the Colts select Jack Conklin.

With a major need at linebacker, the Jets take Leonard Floyd.

With the departure of Terrance Knighton, the Redskins replace him with Jarran Reed.

Looking to pair a receiver with AJ Green, the Bengals select Josh Doctson

Needing a linebacker, the Seahawks select the versatile Darron Lee.

With the retirement of BJ Raji, the Packers replace him with A’Shawn Robinson

In need of a receiver, the Chiefs select the speedy Will Fuller.

With a need on the defensive line, the Cardinals take Sheldon Rankins, a steal this late in the draft.

With Colin Kaepernick likely on his way to Denver, the Broncos don’t need a QB, so they steal Kevin Dodd with the last pick in the first round.