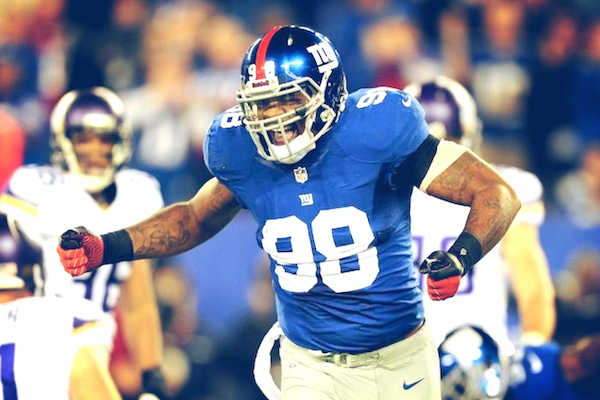 Damontre Moore– Heading into his sophomore season out of Texas A&M, the third round pick in 2013 was seen by many as a steal in the draft due to his length and explosiveness. He did however fall to the third round because he lacks edge athleticism, but Moore excels with a great motor and quickness off the edge. In his rookie season, he flashed his potential when he had a dominant preseason, but was limited by injuries and never really fit into the defensive line rotation. He was reduced to playing mostly on special teams, with just 136 defensive snaps. He did, however, have 2 forced fumbles and a blocked punt in the regular season despite the lack of playing time. With Justin Tuck gone, Moore is the favorite for the Giants’ starting left end job opposite Jason Pierre-Paul and has the potential for a breakout year.