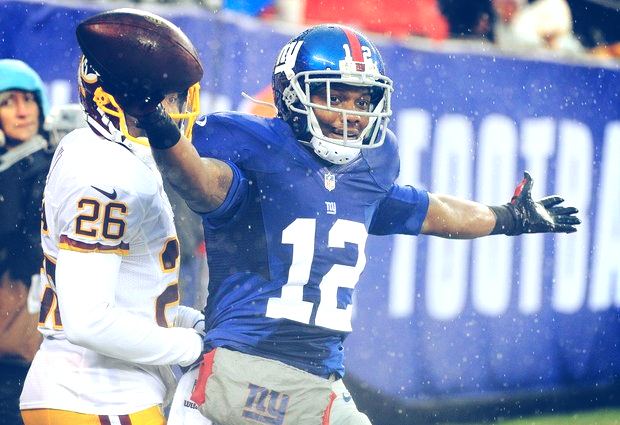 Jerrel Jernigan– Heading into his fourth season out of Troy, this lesser known receiver was used sparingly in his first two years in the league, catching only three passes in total. As a fourth round pick in 2011, he was seen as one of the top wide receivers in the draft with great speed. But under Gilbride, he never really got the opportunity to play consistently until the end of last season, where he had 19 receptions for 237 yards and 2 touchdowns in the final three games. This prompted President John Mara to question “why it took three years for them to find out that Jerrel Jernigan is a player.” Now,Jernigan has the opportunity to thrive as OC McAdoo brings a ton of three wide out sets to New York. Practically locked in as the No. 3 receiver behind Victor Cruz and Rueben Randle, Jernigan is capable of playing both inside and outside and the quickness he has shown as a kick returner will create matchup nightmares for slot corners who line up opposite to him. After this season, to President Mara and all Giant’s fans liking, everyone will know that Jerrel Jernigan is indeed a player… and quite possibly the next slot receiver to flourish on the Giants. (Anyone remember Victor Cruz in 2011?)