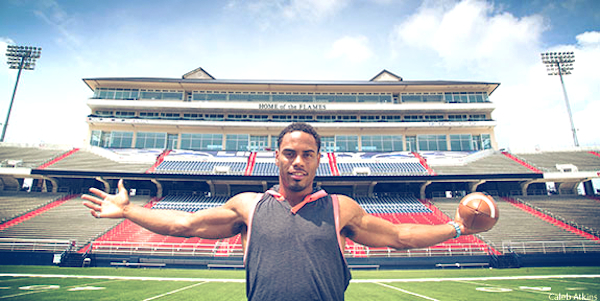 Rashad Jennings– Heading into his fifth season out of Liberty, Jennings is an all-purpose back who has never found a permanent home. At 6 foot 1 and 231 lbs., he has ideal size and strength of a workhorse back. He has bounced around with Jacksonville and Oakland predominantly as a backup or a “change of pace back.” The Giants signed him to a four-year deal with the belief that he is capable of being a physical, yet explosive every-down back. When he has played, he has thrived with a career average of 4.6 yards per carry and has increased his total carries, yards, and yards per game each season. He is also a good pass-catcher, with just under 300 receiving yards last season. OC McAdoo frequents halfback screens, and Jennings is primed to be a major part of the screen game. Even with all of his overall ability, Jennings has not been given the opportunity to play full-time. The Giants are the perfect place for him to succeed due to the lack of depth behind him. David Wilson is coming off neck surgery and won’t be trusted on third downs, and neither Michael Cox nor Peyton Hillis are even locks make the final roster. Also, he has only lost one fumble in his career and is good in pass protection, which are requirements if you are to play halfback for Big Blue. Jennings isn’t flashy, but he’s a prototypical Tom Coughlin back with Pro Bowl potential.