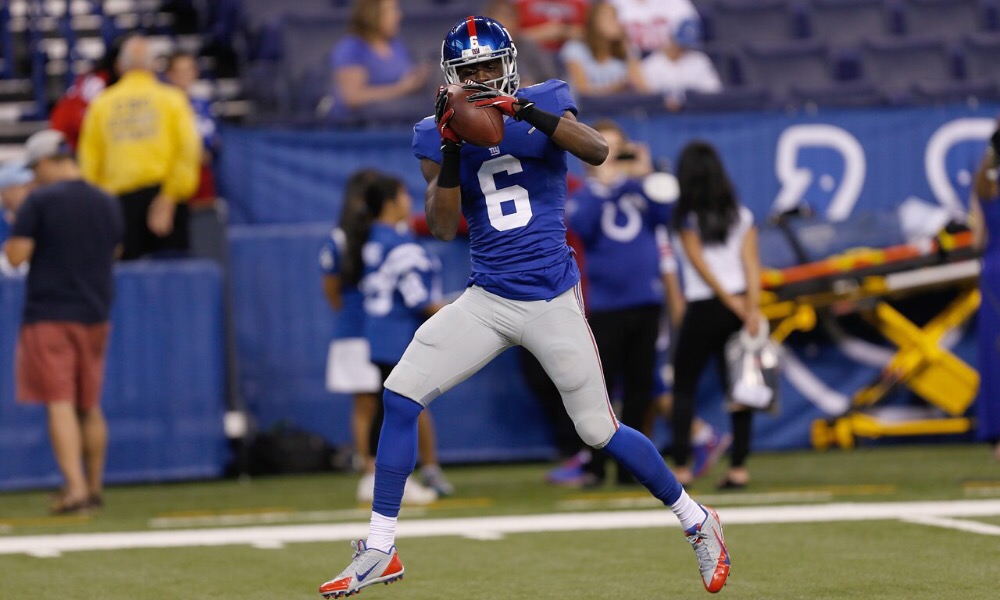 Former Giants WR, and fan favorite Corey Washington was waived by the Detroit Lions earlier today according to ESPN sources.

The Lions waived WR Corey Washington with an injury designation. He was on Detroit’s practice squad last year.

If Washington clears waivers and is not picked up by another team by Monday, he can be placed on Detroit’s injured reserve list.

Many Giants fans fell in love with Washington due to his size and comparison to Plaxico Burress.

I’m sure some fans will call for an insurance policy in case Victor Cruz is not ready to return. I do not expect a reunion as Big Blue has a full complement of wide receivers that are looking to step up their game. At this stage it is unclear if Washington is ready to play.
Best of Luck to Corey Washington.