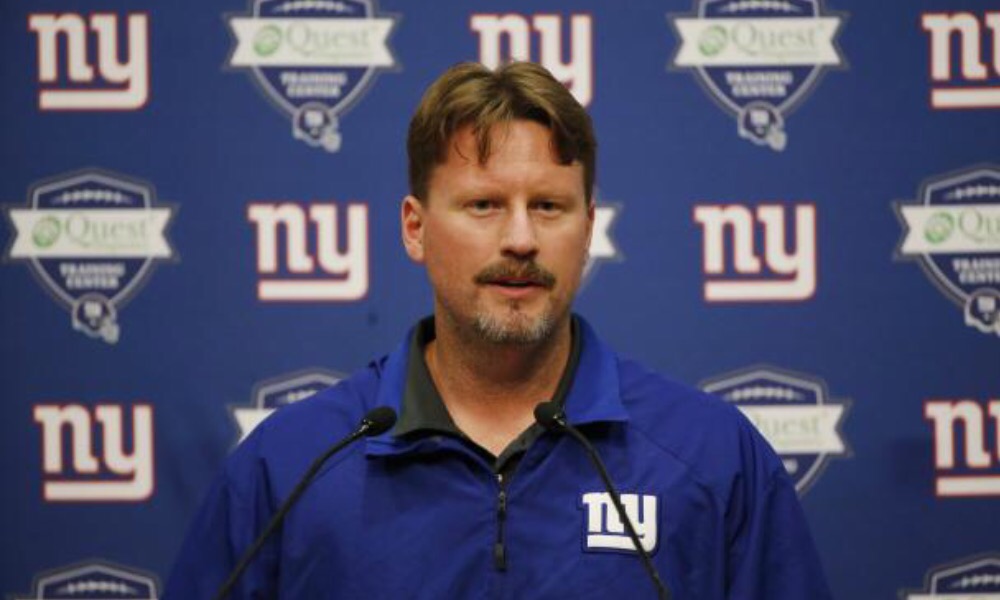 New Era?…Or Error?
It is that time of the year again Giants fans.
The New York Football Giants open camp with optimism blowing through the Big Blue Summer sky. That’s what an offseason spending spree will get you now a days, optimism. And that is about it. No one knows what to expect as September 11th draws near. We are hopeful, but so is the rest of the league this time of year.

So what are we to expect? The years following Super Bowl XLVI all brought hope. Each year we made the case for why this team would once again be hoisting a Lombardi trophy, and each year we were forced to explain the seemingly unexplainable.

Injuries. Bad clock management. Questionable later round draft picks. Pick a reason, any reason…the last couple of seasons were just not meant to be ours.

So what is to come this season? A new hope? Or, a new list of excuses? The Rise of the Giants? Or, DeBLUEsions of grandeur?

As we embark on the upcoming season Giants fans will be quick to throw names at you like, McAdoo, Jenkins, Shepard, Vernon and “Snacks” Harrison.

Sorry to break it to you, but it means…zero, nada, nothing.

We have been here before in the NFL. A team goes out and spends a shit ton of loot and their fan base goes ape shit and puts them in the Super Bowl. We, as educated Giants fans, should know better than that.

We should know that there are things coming we haven’t planned for.

An NFL season is filled with peaks and valleys. Who can overcome? Who is willing to fight? Who is going to blow their fingers off?

We never know…and that is why we watch. That is why we hope. There are no guarantees in this league. If we are going to win the division and make a run, nothing we did in March or April will matter.

If I go shopping for groceries that doesn’t mean that the meal will be delicious…it just means there will be a meal.

Just because Reese spent a mind blowing 200+ million does not mean this team will be good. It just means his groceries were expensive.

How good this team will be is going to be determined starting today.

Can the different units gel? Can they come together as a team? Can they stay healthy?

So with all this in mind and the Drive for Five just beginning, we are going to take a look at five things all Giants fans should have a very close eye on for the rest of the summer, and we will be giving each topic a “nervous meter” of 1-5. One, being not so nervous. Five, being a nervous wreck.

Listen, if Anthony Davis comes available I would be shocked, depending on cost, if Reese didn’t kick the tires. Also, I can see Bobby Hart, who played well last season when given a chance, competing and pushing both Newhouse and Jerry.

That being said, I think the Giants are more than comfortable with whom they have penciled into the starting spots then we are. Both players are said to be highly motivated and have played better than most fans would tell you.

Nervous meter: 4
We have seen in the past how a suspect O-line can take down an entire unit. Until we see this unit pushing people around, keeping Eli up and penalties down, this should be a major concern until proven otherwise.

For those that know or follow me, there has not been a bigger critic of JPP than me. After the July 4th debacle last year I wanted him gone, as did many Giants fans. Now, a year removed from the biggest clusterfuck since Plax shot himself and JPP is back and healthy for the most part. We have heard him talk, we have seen his intense workouts, including the latest video which shows JPP lifting 120lb dumb bells with that same hand that went KABOOM.
What does it mean? Nothing.

Until we see JPP making actual plays on the field, i.e. tackles, sacks, forced fumbles, I really do not give a shit how much he can lift or how fast he can run.

Yeah yeah yeah…I know he had a ton of QB pressures when he came back last year. Tip of the cap…but Giants fans are not impressed with QB hurries. At least I’m not. This team needs 2011 JPP…and needs him fast.

Nervous meter: 4
Until we see him using that hand to get off blocks and make tackles we shouldn’t be so optimistic.

God, I hope this works out. Who wouldn’t love the hear the Giants stadium crowd erupt once again?…

However, it would be wise to temper expectations. It has been a long time since Cruz has done anything on a football field and until we see him making plays on Sundays, in the regular season, not practice, not preseason, but in the games that count, we should all be holding our collective Big Blue breath.

Truth be told, how I was not arrested for harassing Anquan Boldin on Twitter is a miracle. I for one thought with Cruz being such a huge question mark, it would be wise to add a veteran WR like Boldin, just in case.

The Giants however didn’t see it that way. They used a 2nd round pick on Sterling Shepard, who may very well be the steal of the draft and seem to be content with Cruz and a cast of characters to back them up. Fingers crossed.

Listen, OBJ puts us in a plus situation at WR. The attention he garners should open things up for whomever is on the other side. It’s what will be on the other side that is the question. And, will those players be able to take advantage of the opportunities that are sure to present themselves?

A healthy Victor Cruz answers that question with a fucking exclamation point!…Imagine OBJ, a healthy Cruz and the promise of Sterling Shepard. The Return of Jet BLUE is possible Giants fans but, there is a flip side to every coin.

Nervous meter: 3
I got a feeling all that time off for Cruz is going to come in handy.

Something has to give here. New strength coach. New training regimens. New results? We all know what the wrong injury to the wrong player can to do a season. No reason to rehash all the bad memories…let us just pray the injury bug has passed Big blue by.

Nervous meter: 5
I lose weight every August…that’s what pacing and watching your phone for Giants injury updates will do. Weight down, blood pressure up.

“Evolution, not revolution’’ he stated shortly after accepting the job.

Oh Ben, you had me at “evolution” , and then I heard this after spring OTA’s wrapped up….

“We have a lot of positive energy and the guys seem excited. I feel like we have a chance to build a pretty strong team.’’

And that is when I smiled to myself and thought, “this guy gets it…”

Obviously Benny Mac agrees with my grocery analogy. The cupboard is far from bare. It is stocked with talent.

With a pinch of newcomers Apple, Shepard, Thompson, Goodson, Perkins and Adams.

And McAdoo is now the guy responsible for marinating this group, seasoning this group and bringing them to a boil. A Super Boil, if you will. #CornyAsFuck

It is McAdoo who now holds all the Big Blue cards in his hand. Reese has provided the talent, now it’s Ben’s job to get them to mesh. To make sure there is enough sweet to match the spice. To see how all these talented pieces fit together.

And he will be doing it under the watchful eye of Giants fans and the New York media. Some coaches wouldn’t know where to begin under this microscope. They would have ran out of town once the media criticized their suit at the press conference.

Not Benny Mac! You get the feeling this guy got thick skin and lives for this shit. Loves this time year. Loves the pressure. And that this is exactly where he wants to be. We got our man Giants fans, and he is yearning for a chance to add to the Lombardi trophy case and start a legacy that he only can hope will match his mentors.

Nervous meter: 1
Out of all the things we should be worried about McAdoo is not one of them. He was groomed for this! He was the man they wanted, he is the man they stocked the cupboard for, now all he has to do is cook the meal.

As the great Clifford Franklin once said, “That’s the same story, different chapter!”