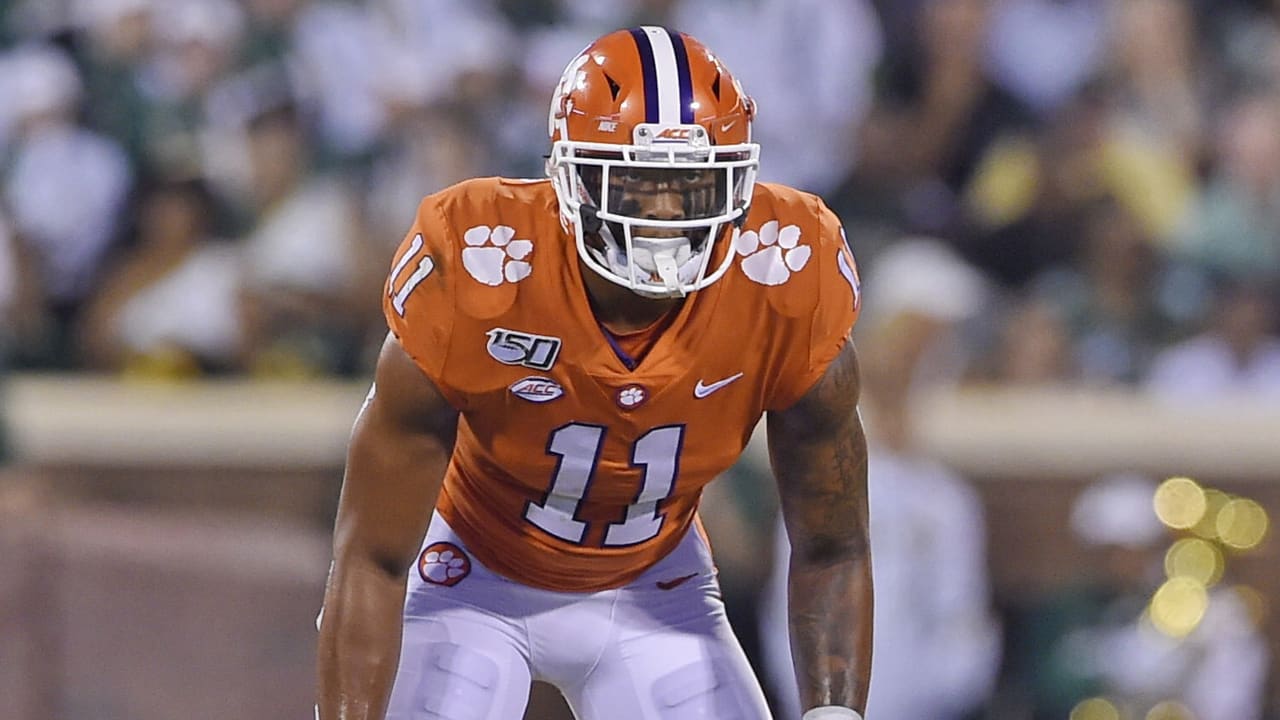 Is there such a thing as too versatile? Should the Giants Look to fix the Offensive Line or grab Simmons?

There are several things Giants fans want to forget about last season.  Having a terrible season, watching the end of Eli’s great career, seeing Saquon Barkley injured, and watching the continued success of rivals such as the Cowboys and Eagles are just to name a few.  By far the worst has to be the continued lackluster performance of the Giants defense.  This is a team that had made a name for itself by playing lights out defense, and it has been years since a Giants team has been anything close.  Even scarier, it seems like every year the team is taking a step in the right direction, and they continue to get worst. The point in case – last season after trading or releasing the player who was seen as a problem, the Giants still ranked toward the bottom in total defense. They had little pass rush and a linebacker corps that at some points was pulling players off the street.  It seems like it has been ages since the likes of players such as Justin Tuck, Michael Strahan, Lawrence Taylor, and Jason Pierre-Paul have struck fear into the minds of their opponents. So how do we get back to that? Part of the defensive issues has already been addressed in free agency.  Secondary players like James Bradberry and Dravon Askew-Henry were signed to help bolster an already young defensive backfield.  Linebackers Blake Martinez and Kyler Fackrell were both brought over from the Packers.  Isaiah Simmons could be the glue to bring this front seven together.

Simmons is an athletic freak.  Imagine a linebacker who can stop the run and cover the tight ends and running backs the Giants face (a weakness for almost a decade).  Did we mention he could be played in the slot to cover wide receivers as well with his 4.38 40-yard dash time? Really, he could cover any wide receiver if he needed too, which is exactly what he did at Clemson.  A swiss-army knife of a player, Simmons played safety for 218 snaps, slot CB for 286 snaps, OLB for 160 snaps, ILB/MLB for 120 snaps and finally perimeter CB for 17 snaps.  Talk about a player who can fill a lot of needs, and the Giants have plenty.  This is a player that if used correctly, the Giants could play all over the line, and help improve the front seven on day one.  The Giants’ strength defensively right now is right in the middle at defensive tackle, having this guy flying around those tackles would be a marked improvement from previous defenses.  Not to mention that the Giants really have not had a true leader at linebacker since Antonio Pierce ran the show in the early 2000’s.  Simmons is also a high character player winning several awards including being named the Butkus Award winner as the nation’s top linebacker in 2019.  Simmons ended his Clemson career credited with 253 tackles (28.5 for loss), 10.5 sacks, 22 pass breakups, four interceptions (including one returned for a touchdown), five forced fumbles and a fumble recovery in 1,856 career snaps over 44 games (29 starts).

No one is going to question Isaiah Simmons’ athleticism.  No one is going to question whether Simmons will be a difference-maker.  However, the question becomes is there such a thing as too versatile?  As in, is it possible that he is good at a lot of things, but not great at any one thing?  Simmons can play several positions, but is he good enough at the ones the Giants would use him for?  The Giants need pass rushing and edge setting help, one position that some NFL analysts’ question whether Simmons can be effective at the next level.  In order to maintain that high speed and ability to keep up with wide receivers, Simmons has had to maintain a light bodyweight. Will this small body type keep Simmons from being able to penetrate the pocket at the next level? Or will proper defensive scheming allow him to still be a disrupter?  More importantly, will the Giants brass place enough value on all these questions at pick 4.  Dave Gettleman recently said in an interview that versatile players could be found throughout many rounds of the draft.  Although Gettleman has had drafts in the past where he placed merit on linebackers, these questions of usage and ability may be just enough to stop him from turning in the card.  Especially when you think about his love for “hog mollies” on both side of the ball, such as Jedrick Wills and Derrick Brown, will still be available and fit the profile of what Gettleman loves in his players.

“Isaiah Simmons Player Profile” was written by Guest blogger Christopher Keene Please leave feedback in the comment field below, I would love to know what you think.