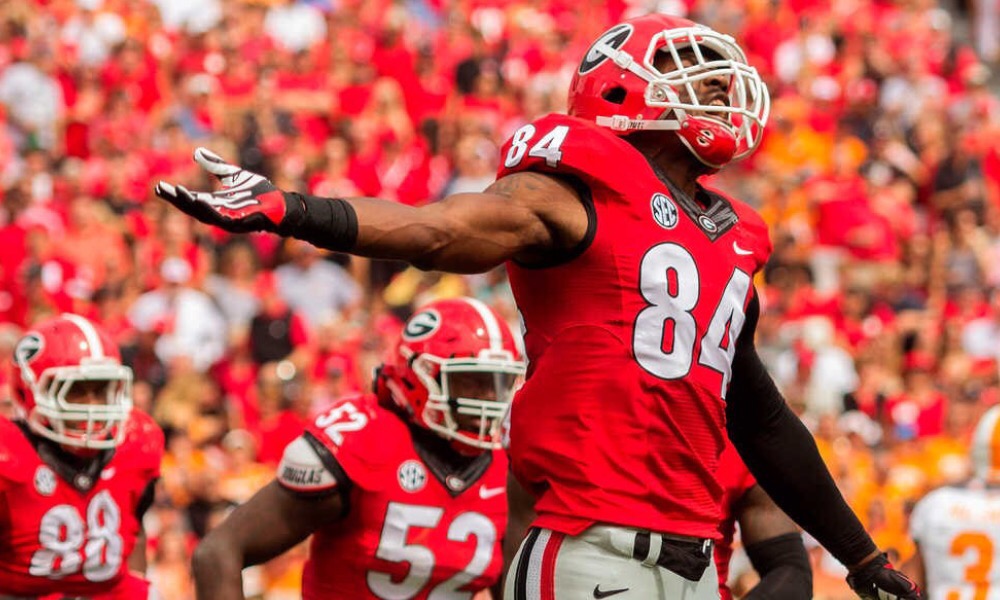 Giants General Manager Jerry Reese, Vice President of Player Evaluation Marc Ross, and Linebackers Coach Bill McGovern were in attendance for Georgia’s Pro Day all scouting one player, believed to be outside linebacker Leonard Floyd according to the NJ Advance.

Georgia outside linebacker Leonard Floyd’s name has picked up steam lately as a possible fit for the Giants with the No. 10 pick in April’s NFL Draft. And that buzz is about to get louder, considering the Giants were out in full force Wednesday to see Floyd at his pro day.

Floyd’s 6-foot-6, 244 pound athletic frame has intrigued the Giants enough to commit a large team to investigate. The Unfortunately, Leonard Floyd’s workout was cut short due to a “stomach issue”.

Fueling further speculation Jerry Reese attended the Pro days for LSU is 2014 and Miami in 2015. There is a little something to think about.