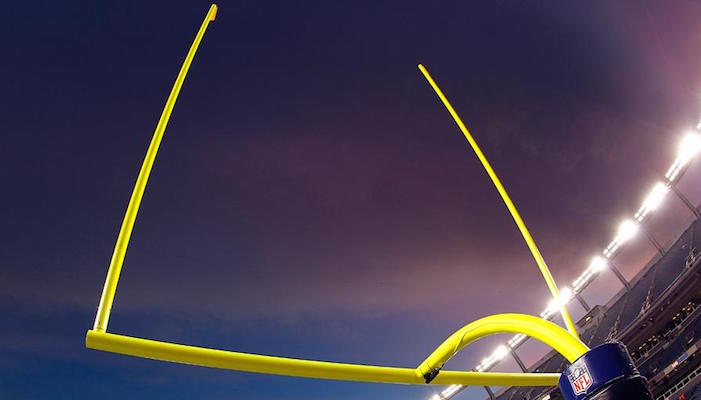 New Changes To The Extra Point And Two Point Conversion.

The NFL Competition Committee and owners both agreed on rule changes to the extra point & two point conversion on Tuesday during thier spring meetings in San Francisco. The proposal was passed in a landslide 30-2 vote. Only Oakland and Washington voted against the measures according to NFL Insider Mike Garafolo.

Going forward the extra point will now be placed at the 15 yard line. Kickers over the past 5 years have produced amazing results scoring on 99% of extra point attempts.

Placing the ball at the 15 yard line is for the extra point is estimated to decrease the accuracy of the attempt to 93% (equivalent of a 33 yard field goal).

You want to add excitement with every play. NFL Commissioner Rodger Goodell was quoted saying.

The two point conversion will now become a live play. The defending team has a shot to score 2 points if they force a turnover with a return.

What do you think, approve of the changes? Please leave a comment below.