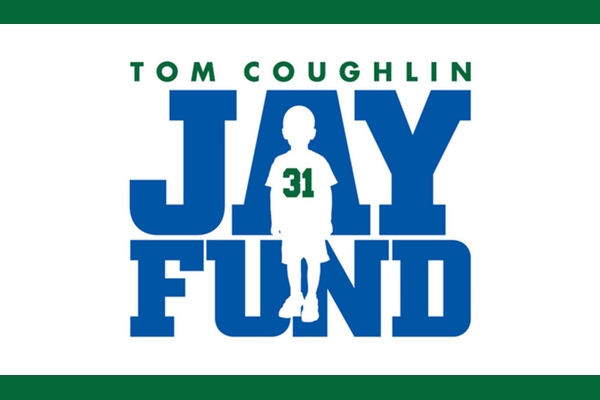 Often “Good Press” goes un-noticed. We all tend to focus on the flashy or controversial stories that grab headlines. Thousands of professional football players give back to their communities every day. I want to give a voice to those charities and good efforts. Below is “Tom Coughlin Jay Fund” which was founded in 1996.

In Honor of Jay McGillis

The Tom Coughlin Jay Fund Foundation was created in 1996 in honor of Jay McGillis.  Jay was a special young man who developed leukemia while a member of Coach Coughlin’s team at Boston College. In the eight months between Jay’s diagnosis and the day he lost his battle with cancer, the Coughlin family saw first hand the physical, emotional and financial strains the illness caused the McGillis Family. After going through the tragic events with Jay’s family, Coach Coughlin vowed that if he ever had the chance, he would create a way to help families with children battling cancer.

Coach Coughlin kept his vow and started a foundation to BE THERE in Jay’s honor. Since then the Jay Fund has evolved in size and scope helping thousands of families in Northeast Florida and the New York/New Jersey Metropolitan Area who are fighting childhood cancer.

We would love to hear your stories. Please feel free to contact us so we can share them.