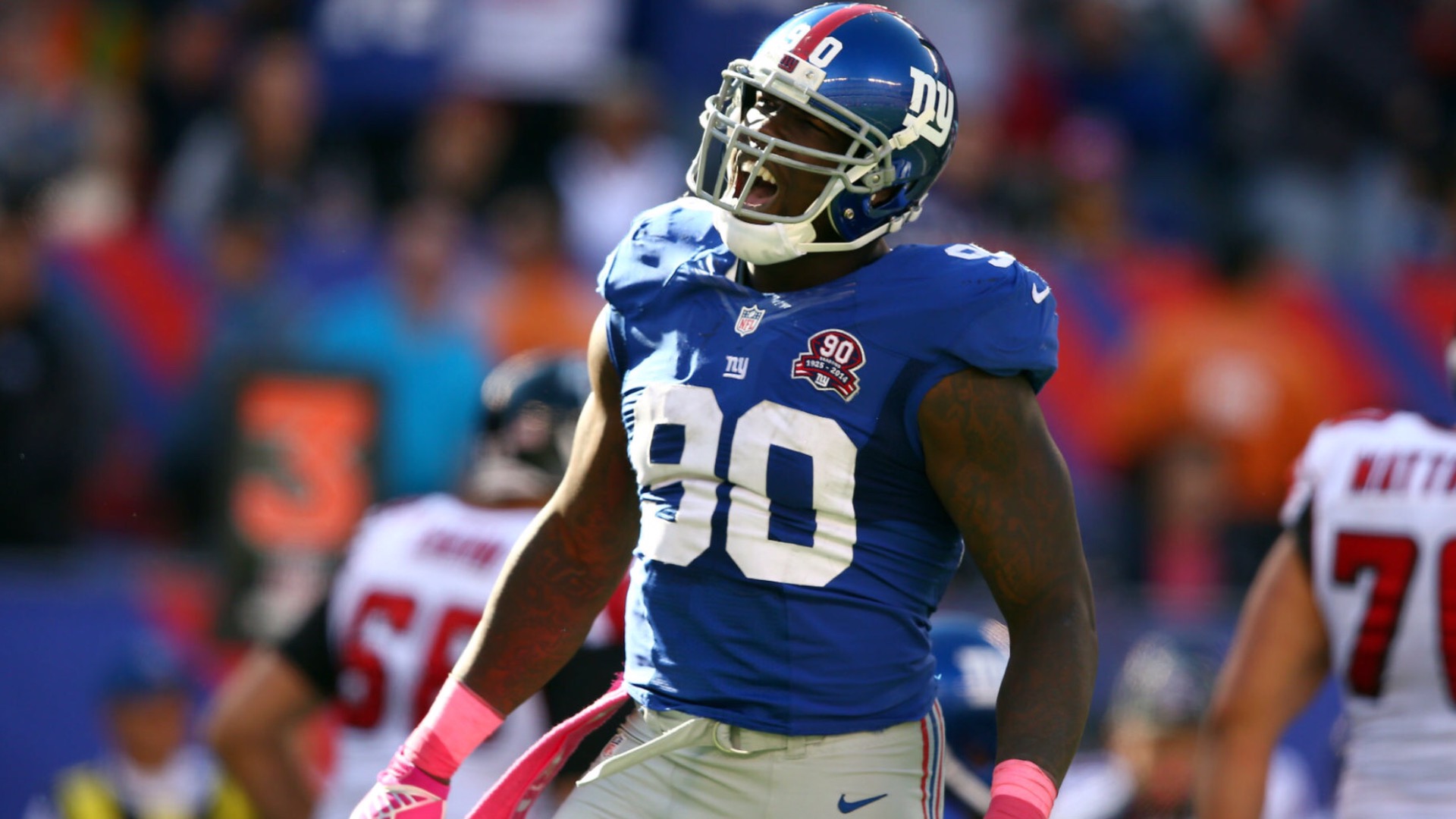 So I am reading blogs and I hear so much hoopla about the cap. “JPP is taking up too much cap room with his Franchise Tag”, cut him!!!! “We have no money, Resse messed up, we can’t fix he holes”…. et cetera. LOL. I have decided to put together an example of how we can completely fix the team with the cap room we have, well sorta(wink wink). No smoke and mirrors, just a basic mathematical breakdown. Read along my fellow NFL mind zombies….

After giving Jason the franchise tag of $16,934,000 we have $15,864,039 in cap space. The following is exactly what I would do to get us ready for the Lombardi run. Bare with me and read it through before you comment.

3. Restructure Dominque Rodgers-Cromartie
Restruture from his remaining 2 years at 8.5mil per(17mil total) to 4 years at 6.5mil(26mil) This would give 30 year old DRC 2 extra years under contract here, with guaranteed money that was not previously there. He can stay home and be fully vested in the Super Bowl runs afoot. This move saves us 2.5 mil this year. NEW CAP $26,264,039

5. SIGN – Luke Joekel(JAGS)
5 years old – Guard – Luke is the former #2 overall pick, he flunked at tackle for the Jaguars. But let’s be honest, coaching changes, QB play, and poor talent around him had to contribute. With lottery pick talent and the move to the inside he has huge upside. Add in a mentorship from Justin Pugh and we have ourselves a worthwhile project on the cheap. SPORTRAC(#1 Sports Cap website) estimated salary for his new deal is 1.8 mil for 2 years(3.6Mil total). GIANTS DEAL – 3 years for 6.8 mil or 2.26Mil per year. NEW CAP $19,004,039

6. SIGN – Riley Reiff(LIONS)
28 years old – LT/RT – Riley has played on both ends. At LT he wa slightly above average(worlds better than Ereck though). At RT he was significantly better. His versatility helps us, should Flowers make a jump, put it together and stay at LT, we have a guy ready to sure up the other side. If and when he beats Flowers,he can handle the blindside too. SPORTRAC estimated salary for his new deal is 5.3 mil for 4 years(21.2Mil total). GIANTS DEAL – 4 years for 23.6 Mil or 5.9 per year. NEW CAP $13,104,039

10. SIGN -Levine Toilolo TE
25 years old. Started off the 3rd TE for Falcons and ended up second on depth chart because he blocks well and can catch when he gets open. Showed flashes and is huge, 6’8″ 268lbs. With youth, size, and acumen(Stanford kid) he could be a bargain. he is the 10th ranked available TE this year, it’s deep, with quite a view big names on the market. GIANTS DEAL – 3 years for 7.5 Mil or 2.5 mil per year. NEW CAP – $4,504,039(reflects a surplus of 5 mil reserved for rookies in point #4)

So there you have it. You will notice I over paid(based on SPORTRAC est.) for each and every player assuming we are bidding for them. The offensive line is replenished with guys young enough to grow together. We kept Keenan and Robbie. I did NOT cut Shane because he tried so hard to play after injury. He is a baller when on the field. Still in his twenties. This plan fills the holes in the secondary left by Hall/Wade but at a cap hit that leaves options moving forward. Levine to me has the potential to be a star. He and Jerell could be the Twin Towers(9/11 never forget, RIP) for us. Redone terrors that block. the remaining $4.5 Mil in CAP ROOM I left is for potential roster cuts from other teams after camp when roster must go to 53 men. You never thought there would be change after that meal(wink wink), lol.

I really hope, that even if you disagree with my additions, you see that we have enough cap room to do something special toward this Super Bowl run. I love the Giants very much. I just want to win one more while Eli is here. The key in my mind is to fix the team in FA and go best available in the draft. Please comment. Look out for my NYG 2017 MOCK Draft in the coming weeks. Go Giants!!!!