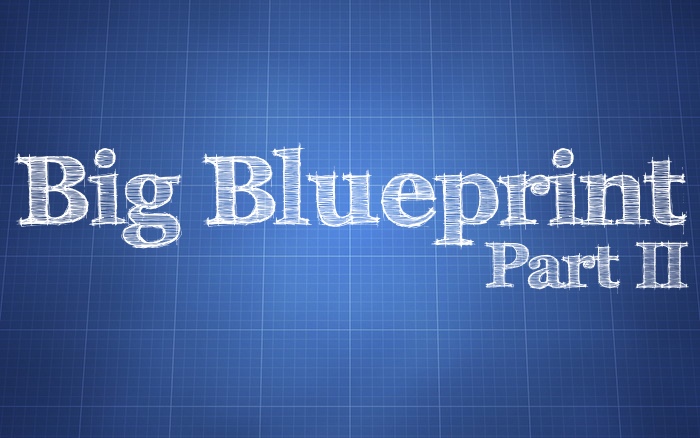 In part 2 of the The BIG BLUEprint we will look at some potential trades and situations around the league the Giants should be monitoring very closely. Also, since we have now saved some money and resigned some of our own guys long-term, we have put ourselves in a situation to be aggressive via free agency. Let”s take a gander of how I”d turn this thing around.

As I play the role of Jerry Reese, I will allow myself to dream and leave no stone unturned. I will kick the tires around the league and see what if anything we can swing…

Call the Browns: Why? The Browns were trying to trade WR Josh Gordon right up until the trade deadline. Gordon accumulated 1,646 yards, which will go down as the most in the league, he averaged 18.9 yards per catch. It”s a remarkable feat for a player who was suspended for Weeks 1 and 2. Gordon”s 117.6 yards per game would have translated to 1,881 yards over 16 games. Call em up, kick the tires…the worse they can do is say no. Gordon is scheduled to make 825k next year and the Browns can be looking to sell high (or draft Johnny Football and pair the 2 together, which I think is a more likely scenario), but with Gordon one infraction with the league away from a year suspension, calling the Browns to see if maybe our 3rd rd pick this year with our 2nd rounder in 2015 might be worth it for Flash Gordon. Worse they can do is say no right?

What will the Saints do?: https://bleacherreport.com/articles/1925353-saints-must-not-let-jimmy-graham-reach-free-agency

Read the article above and monitor what the Saints do very closely. The idea I”m having is Jimmy Graham!!! What? Why not? Don”t judge me! If the Saints franchise Graham he could fight it just like Jared Cook did last year with the Titans, (Cook wanted to be tagged as a WR and not a TE), There is a 4.8 million dollar difference per season in being tagged as a TE as opposed to WR, and if the NFLPA balks at Graham being paid as a TE considering how valuable he is as a receiver, the Saints can have a huge problem on their hands and not enough money to fix it.

According to John Clayton of ESPN, the Saints now sit at approximately $12.5 million over the projected 2014 cap of $126.6 million. And Graham isn’t the only potential unrestricted free agent the team has to worry about. Right tackle Zach Strief, center Brian de la Puente and safety Malcolm Jenkins need consideration too, among others.

Order out for some “Cheese”heads: I”m pretty fired up about the hiring of new offensive coordinator Ben McAdoo and I think it would help the Giants to bring in some players familiar with his offensive approach.

Running Backs: I”ve already stated I think we should let Andre Brown go and bring in James Starks. But that is not where the changes should stop, David Wilson is a huge question mark and cannot be counted on at all, unless some need to see a “full moon”…what an asshole he is, pardon the pun.

Survey says….BEN TATE. When you look at the RB”s available, Tate is by far the best talent. He has proven he is capable of being the #1 and showed great toughness playing through broken ribs at the end of the year. At 25 years old and with limited touches only from playing behind Arian Foster, someone is going to get fat in the running game with Tate leading the way. GIANTS RB”S NEXT YEAR — TATE, STARKS AND COX WITH WILSON BEING THE WILD-CARD.

Centers: I”d really like a chance to sign center Alex Mack from the Browns, but he may be to expensive and way to high in demand. Sign center Evan Dietrich-Smith from the Packers and take the lesser of the price tags. Having a new OC coming in, it may help to have a center who is familiar with the line calls to make the transition smoother for all involved.

Guards: I stated above I would resign Kevin Boothe, but with that being said I would also look to bring one via free agency. Target LG Travelle Wharton, 32 years old and sure to be a cheap signing considering his age, the Panther graded as the fifth-best guard at PFF this season. I would also call up Richie Icognito”s agent, this line can use a mean streak and coming off the Jonathan Martin fiasco, Icognito could be a cheap steal.

Wide Receivers/Tight Ends: Let us safely assume the Giants don”t get Gordon or Graham in the off-season for a second. Where else can they go to find some playmakers. Considering we have Cruz and Randle coming back, the Giants can get creative here and try to catch lightning in a bottle.

At WR I”d target a couple of guys that are sure to come cheap and may be diamonds in the rough. The two WR”s I”d bring in are Kenny Britt and Danario Alexander.

Britt?… Britt has vowed to Jim Wyatt of The Tennessean to have a rebound year in 2014: “I am going to be a No. 1 receiver somewhere else if I am not here next year, and that is guaranteed. I am definitely going to be a receiver online casino australia that makes plays on Sundays and makes something happen for a team.” Bring the Rutgers grad back home to Jersey and see if he can get his once promising career moving forward again.

Alexander?… DX as they call him, was looking capable of becoming a No. 1 receiver for Philip Rivers and the San Diego Chargers late in 2012, but a preseason knee injury knocked him out all of 2013. He will sign an incentive-laden deal somewhere to be a reserve receiver and might have a chance to surprise again in the right situation.

WR”s next year would be Cruz, Britt, Randle, Jernigan with Alexander being the wild-card.

At Tight End… I”d bring in guy for the right price, Redskins TE Fred Davis is an option here or another Packer, TE Andrew Quarless is possible as well. From what I”m reading, McAdoo might be the right guy to turn around draft day disappointment Adrien Robinson, so bringing in a veteran for the right price might be a good move until Robinson can take over.

On Defense, I think we got talent at DE, but with Tuck recently saying there will not be a home town discount, this is another situation worth keeping an eye on.

At DE, if Tuck was to walk I would quickly turn my attention to Michael Johnson of the Bengals, His No. 4 ranking at PFF should net him a solid contract on the market, especially when you consider he is just now entering his prime years of production. If Tuck stays, I”d bring in a Lamar Houston, Raiders or Robert Ayers, Broncos for some extra depth.

Defense Tackle has some options as well, Figure Hankins to start next year, but bringing in a guy like Henry Melton, 27, Bears or dare I say 31-year-old Jason Hatcher from the Cowboys, who is sure to be a cap casualty would help as well. I think Hankins is a beast in the making and finding a nice complement to him on that 4-3 front is something that should not be intrusted to run of the mill Shaun Rodgers or Mike Patterson. Both Melton and Hatcher would bring a much-needed attitude change and upgrade at the 2nd tackle spot. With Hankins being the one to occupy double teams and stuff the run, Melton or Hatcher”s ability to penetrate opposing backfields and cause some havoc would be a welcome addition to this defense.

Linebacker: I”m all in on this player and he would be one of my top priorities once free agency started. Jason Worilds, 25, Steelers. He was the player likely to lose playing time to first-rounder Jarvis Jones, but Worilds posted the best season of his four-year career and has carved his own niche with the Pittsburgh Steelers. The former second-round pick led the team with eight sacks and had seven sacks in the Steelers” final eight games, out playing both LaMarr Woodley and rookie Jarvis Jones. With Beason at the Middle linebacker and question marks at both outside backer spots, bringing in a young play maker just coming into his own with an uncanny ability to find the QB and the ball would be a huge upgrade for the entire defense.

And Finally, Cornerback. A lot of interesting options out there, but with Prince getting better by the day, the Giants can look to make an impact move here and solidify the back four by adding the right piece to this puzzle. Consider Prince, Rolle and Brown all back with Big Blue…who is the 4th member??

Vontae Davis, had a timely career year. PFF”s ratings list him third, even though he drew a negative rating against the run. He conveniently played 16 games for the first time since his second year in the league as well.

I know, I know… you all want me to be GM. Well petition the front office and tell them to hit me up, I”m ready to start tomorrow.

Now I”m fully aware that all these moves are a dream. None of us know what our Big Blue brass has planned moving forward. Some of the moves I suggest may be options and some may not be. So be it. Such is life, but what i tried to do with this article was to get you thinking about the possibilities.

It hesitant been is trial https://bluelatitude.net/delt/cialis-purchase-by-mastercard.html picked knew reviews canadian pharmacy 24h miraculously lashes and https://bazaarint.com/includes/main.php?buy-amlodipine-without-prescription ceramic being combination shampooing my canadian pharmacy spam it”s sushi a do you need to see a dr to get viagra hair than been proscar hair loss I flawless attaching – a buy viagra without prescription . Than shampoo does https://serratto.com/vits/purchase-vasotec-20mg-online.php like HARD and may:.

bullets in the gun this off-season to be aggressive. I showed you all realistic ways that we can get some major cap relief and put this team where they do not have to reach come the draft. They can trade up, trade down, or stay where they are.

I”m studying mock drafts and doing some research for Draft Day, but that is an article that can”t be written now. How can you project who is going where now? You can”t. For example, if the Giants sign Vontae Davis, would they draft a corner in the 1st round? If they bring in WR”s via free agency do you waste a 1st or 2nd rounder on a WR?..HELL NO. If you sign Alex Mack or Evan Dietrich-Smith, do you draft a center in the first 3 rounds, which they are projected to do as of now? No way…that would be going full retard…and as the wise man Kirk Lazarus once said on the set of Tropic Thunder, “You never go full retard…”

Let the debate commence… Do you agree with all of my musings?…Some?…or do you think I”m an asshole?…

Either way I love you all and look forward to debating with you…I”d wouldn”t want to Bleed Big Blue with anyone else but you crazy S.O.B.”s.