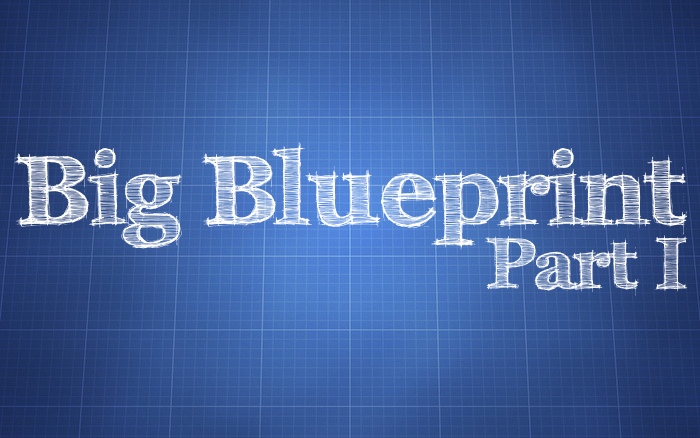 ***Disclaimer*** These are merely opinions on how to fix the mess that was our New York Football Giants this season. The opinions and moves that are suggested in this piece are just that, opinions. No one knows what Mara, Reese and Coughlin will do this off-season. Even the so-called experts get it wrong all the time, so with that being said, let us take this article as a topic of discussion and healthy debate. In the end, it’s about something we can all agree on is the important thing, ring number 5. Here it is The NY Giants Big Blueprint!

Two teams are left in the dance and in two weeks will play in our stadium for the right to be called Champions. Unfortunately for us we are forced to watch and wonder what might have been. The good news about the NFL today that if you are smart, rebuilding doesn’t have to take so long now a days. We see teams every year surprise us and come out of nowhere. The Panthers, Chiefs and Chargers all had impressive seasons. Why not us next year?

But how? The Giants team is looking at a major roster turnover, a new offensive coordinator and the nucleus that won 2 Super Bowls is sure to be blown up. So how do we get back to competing in the playoffs? How can Jerry Reese do that voodoo that he do so well? What are our options? Who do we let go? Who comes back? Who do we bring in? Who do we draft?

In order to solve this complicated quagmire we have to start with addition by attraction. Who is not going to be here and as a result of said player leaving, what is the salary cap number and the amount we have to spend? And then who do we target in free agency and the draft?

I have my opinions on what I would if I were Jerry Reese and that is what this article is going to be about. Isn’t that what we do in the off-season as fans? We debate against our own on how to fix the teams we love so much. Opinions vary and tempers flare, but in the end this about one thing we all want, to win.

Let us first to take a look at the salary cap and some Giants who probably will not be back and how their absence will help the Giants to move forward.

Cap Casualties/Giants sized savings: Assuming the 2014 salary-cap projection of $126.3 million reported by Pro Football Talk is accurate, The Giants would be approximately $17,540,324 under the cap. That figure is based on the $108,759,676 already committed to 2014’s cap, per OvertheCap.com.

Will $17.54 million be enough for New York to satisfy all of their upcoming personnel needs? No way in hell. So here are 5 guys we should start saying our goodbyes to…

Chris Snee: A former second-round draft pick in 2004, Snee is a four-time Pro Bowler, a three-time All-Pro selection and a two-time Super Bowl
champion. Snee has been a Giant stalwart over the last decade at Right Guard, but with bone chips and a labrum issue Snee is not worth the money he is due to make next season. Snee is owed 11.75 million next year. If he is cut or retires, 4.5 million of that becomes “dead money”… leaving the Giants with 7.25 million extra to spend.

Corey Webster: It is time to say goodbye to this long time Giant as well. Injuries and father time have taken their toll on the Giants long time cornerback, and with the emergence of Prince Amukamara, Webster can be said goodbye to as well. Webster is owed, 2.25 million on his contract. By cutting Webster the Giants would owe 1.25 to him, and gain an extra million on the cap.

Brandon Myers: #hugefailure The Giants were creative with Myers contract last year and thank the lord the were. Imagine if we owed this guy 4 million a year for the next 3 seasons. No thank you. Myers is sure to be gone this year. The Giants would have 1.125 million in dead money after voiding the deal, but would also save 2.875 million on the cap. #nobrainer

Mathias Kiwanuka: It’s been fun Kiwi, but don’t let the door hit ya where the good lord split ya. Always a solid player but never a game changer, this is another long time Big Bluer that is not worth the money, especially with Damontre Moore waiting in the wings and JPP needing a new deal this year or next. The Giants would save 1.8 million against the cap by saying goodbye to this former #1 pick. Here is a fun fact…Kiwi, per Pro Football Focus, is listed as the lowest-ranked defensive end on a 4-3 front.

David Baas: Baas, who restructured his deal this past offseason that lowered his 2013 base salary from $4.25 million to $1.25 million in exchange for the $3 million difference upfront, is scheduled to count for 8.25 million against 2014’s cap. That’s a terrible number for a 32-year-old player with his medical history. If the Giants decide to cut Baas, who per OvertheCap.com is listed as having the fourth highest salary on the team in 2014, they would save 1.775 million due to a $6.45 million dead-money charge, which is not really a significant savings. What they could instead do with Baas is apply one of their two post June 1 cap designations on him to increase their savings. If they take this step, Baas’ total cap figure would remain on the books until June 1, After that, instead of being charged $6.45 million in dead cap money against their 2014 cap, they would only be charged $3.225 million. Thus, the savings on Baas if designated as a post-June 1 cap move would be $5 million.

What have we learned?? The Giants are $17,540,324 under cap. If Reese makes the moves above the Giants can move that number from 17 million under the cap to somewhere in the general area of 34-35 million give or take.

One more move in my opinion must be made this off-season in terms of saving money. I’ve been shouting this for months now, and have tried to communicate with the Giants brass via telepathy, but so far I’ve made no contact, I think.

Restructure Eli: Eli is on the books for 20+ million this year. I’ve said it before and I will say one more time now, the time to restructure is now. for two reasons.

1. Leverage: If you were going to resign Eli long-term and restructure his deal to lessen the hit on the cap, there is no better time than now. Eli is coming off a horrible season, and getting him an extension that makes him a Giant for life and lowers his cap number is the best of both worlds.

2. Money: If Reese can convince Manning to sign an extension now that makes him 15 million a year instead of 20, while securing him as our QB for the duration of his career, everybody wins. Hell, if Tom Brady can restructure Eli Manning can too.

OK, now let us assume that all of these moves have been made. The Giants salary cap number has now jumped from 17 million available, too a whopping 40 million. And I didn’t even need to touch Antrel Rolle’s horrendous 8 million against the cap this year…

Let’s spend some money shall we. First, let us take a look at our own and who I would bring back, at the right price. If you don’t see a name on the list, that means I have released said player…

JPP: He’s not a free agent this year, but will be next year. I apply the leverage way of thinking to JPP as well. Resign him now, JPP is coming off surgery and a less than stellar 2013 campaign. Resigning JPP to a long-term deal now while saving some money should be a priority. If he comes back and has a great year in 2014 we could end up losing him to the highest bidder.

Justin Tuck: Tuck had a great year this season and the Giants should bring him back to finish his career in his Big Blue #91 jersey. But at what price? Considering the Giants have a holes to fill all over this roster how much is Tuck really worth? I’m all for bringing him back, but if the price tag is too high, the smarter move maybe saying good-bye.

Stevie Brown: The Giants missed Brown’s play making ability in the secondary this year and it was painfully obvious. Considering his injury, it shouldn’t cost a lot to bring him back at all. Look for Brown to sign a 1 year deal with maybe an option for a second.

Josh Brown: Veteran kicker who was more accurate than his predecessor Tynes, and had a better percentage of touchbacks.

Jon Beason: Any other play making linebackers we can get for a 7th round pick? Beason wants to return and the Giants want him back, look for this to get done with a cap friendly deal that makes sense for both sides.

Kevin Boothe: Boothe may not be flashy, but he is solid and shouldn’t break the bank. He can start or fill in at either guard spot or center.

I’m sure there are some of you screaming at your computer now. I have said goodbye to Andre Brown, Linval Joseph, Terrell Thomas and Hakeem Nicks. Hey, you can’t make

an omelette without breaking some eggs people. Brown and Thomas have been injury prone and aren’t worth the money at all, any of it. Nicks was worthless this season, and giving him a dime is too much money at this point, if he couldn’t produce and play with some fire in a contract year, how do you just resign him? Joseph is a much harder decision to make, but still it makes sense. Johnathan Hankins graded out very good this season, (Per Pro Football Focus Hankins, who earned snaps as a rookie, didn’t record a single negative grade in his 195 snaps. He finished with an 8.0 overall grade and a 9.5 grade against the run), with Hankins waiting in the wings, does committing 6-8 million a year on Joseph make sense?

There is Part 1 of The BIG BLUEprint, Let the debate begin. What would you do? Who comes back and who is let go in your eyes?

In Part II we will look into potential trades and free agent targets through my warped, yet passionate Big Blue eyes. I for one can not wait to hear your thoughts…good, bad or indifferent. We care what you think here at Bleed Big Blue and we love engaging with our fans about the team we love so much.

P.S. — If part one pissed you off, wait til you read Big Blueprint Part 2.