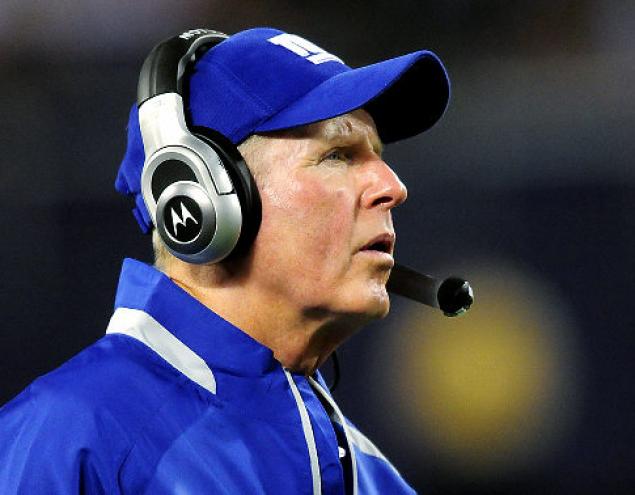 In my many internet searches I found this gem it give us light into what Tom Coughlin coaching style is. In this article, Nate Collins who now plays for the Bears players discuss his “Welcome to the NFL” moment:

Nate Collins, fourth-year defensive lineman: I was on the Giants. It was my rookie year. I was on the practice squad, and I was late one morning. And [coach Tom] Coughlin told the equipment guys to take all the stuff out of my locker. So when I’m walking into the locker room, I see my locker, and it’s empty. And I’m thinking it’s over. I already got cut for being late. So I’m walking up to his office with the worst feeling in the world. He was like, “How do you feel right now? Do you feel like I was going to cut you? I want you to feel like that. Because if you’re ever late again, that’s what’s going to happen.” I was happy to be fined instead of being cut.