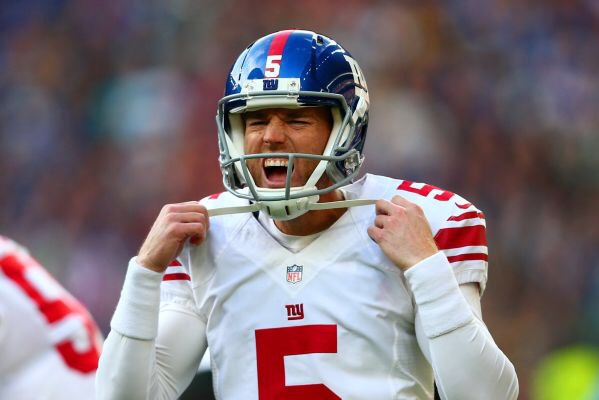 What Free Agents Should the Giants Keep?

The Free Agents Market is something that all players have to go through in their careers, whether that is because they are aging or simply because a club cannot afford them or do not think they are the right fit. The process is also difficult for the clubs involved because they also have to decide on whether certain players are worth resigning, and that usually involves considering plenty of points such as finance, and the player’s ability to carry on making a difference. When players become available as free agents it also means other clubs will be interested in signing their services, so clubs also have to make sure they aren’t going to go to another club and better them. The New York Giants are currently going through that period where a number of their players are becoming free agents and they are deciding on what to do with them. Have a look at the players the New York Giants will likely resign before they offload them.

One of the main problems for the New York Giants is deciding whether to resign Jason Pierre-Paul to keep him at the club. They know full well it’s going to be expensive to retain his services, but at the moment there don’t seem to be any obvious players that can come in and replace his experience and playing ability.

Keenan was an asset to the Washington Redskins as a linebacker but is still invaluable to the New York Giants defence. The New York Giants have of course searched long and hard to find a linebacker of Keenan’s ability so it would be unwise for them to let him go to another club to benefit from his skillset. It would again be a costly acquisition to resign his services, but if the New York Giants are serious this season they will need to make sure their free agents are no longer free, and that needs to start with a deal for Keenan Robinson.

Zak is getting older now but still has 10 years of experience to benefit from. There are multiple players on the market that could come in and be a better snapper than DeOssie, but as he has so much experience, offers good punt coverage, and isn’t going to be expensive to resign, the New York Giants could still offer him a small deal that could benefit both parties. As stated above, he is showing his age after 10 seasons in the NFL but there are plenty of sides he could play for and still offer them something in return.

As any NFL fan would know, placekickers are not easy to find in the game, and certainly not good ones either. Robbie Gould is still an excellent placekicker, and if you have watched this season’s playoffs you will still see he has something to offer the New York Giants. Will the Giants choose to resign him or let him go? We’ll see soon enough, but the New York Giants could definitely offer him a deal and benefit from his placekicking skillset.

The above are just some of the players that are or will become free agents soon enough, and the New York Giants will need to make decisions on their futures. Some of the above players will not be so much of a financial burden, but when you look at players like Jason Pierre-Paul who will likely cost a bit, it could mean that there are a few surprise players that won’t get offered new deals. What players do you think the Giants should keep and offload? Have a look at the Bookmaker Ratings to find a bookmaker that will offer you the best odds and markets to choose from when it comes to NFL games and transfers.