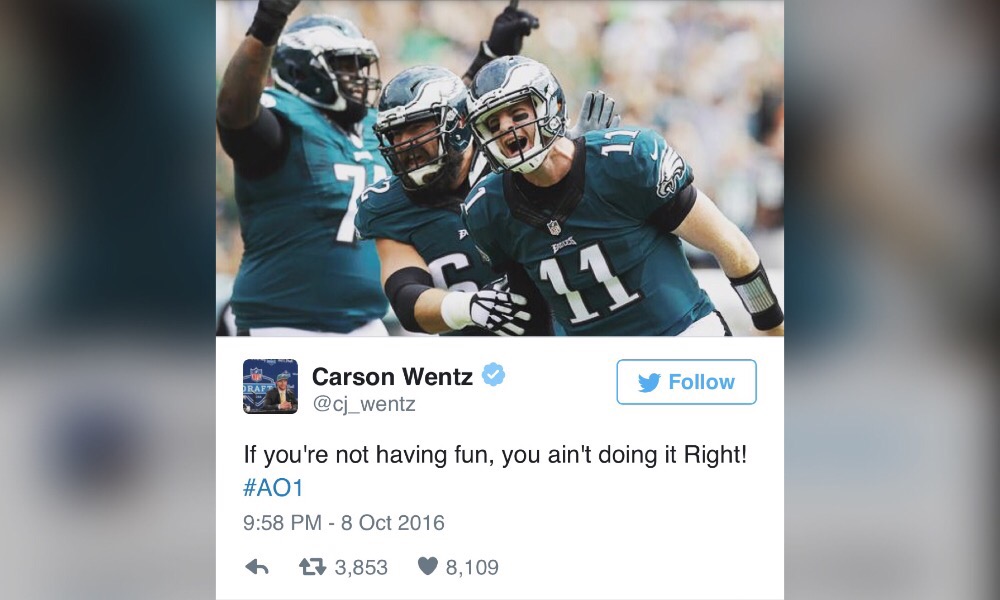 Life is good on top. The Philadelphia Eagles and rookie QB Carson Wentz found themselves sitting on the top of the NFC East with some solid play, so I guess it was time for Wentz to take shots at Odell Beckham Jr.

If you’re not having fun, you ain’t doing it Right! #AO1 pic.twitter.com/u2X4JWQSRs

The tweet from Wentz refers to Odell’s “I’m not having fun anymore“ quote.

It’s nice and easy to take shots at Odell and the GMen at that time, but as we all know karma is a bitch.

Since that tweet the Eagles have dropped their lead in the NFC East going 1-3 during that time period. Next up is the New York Football Giants.