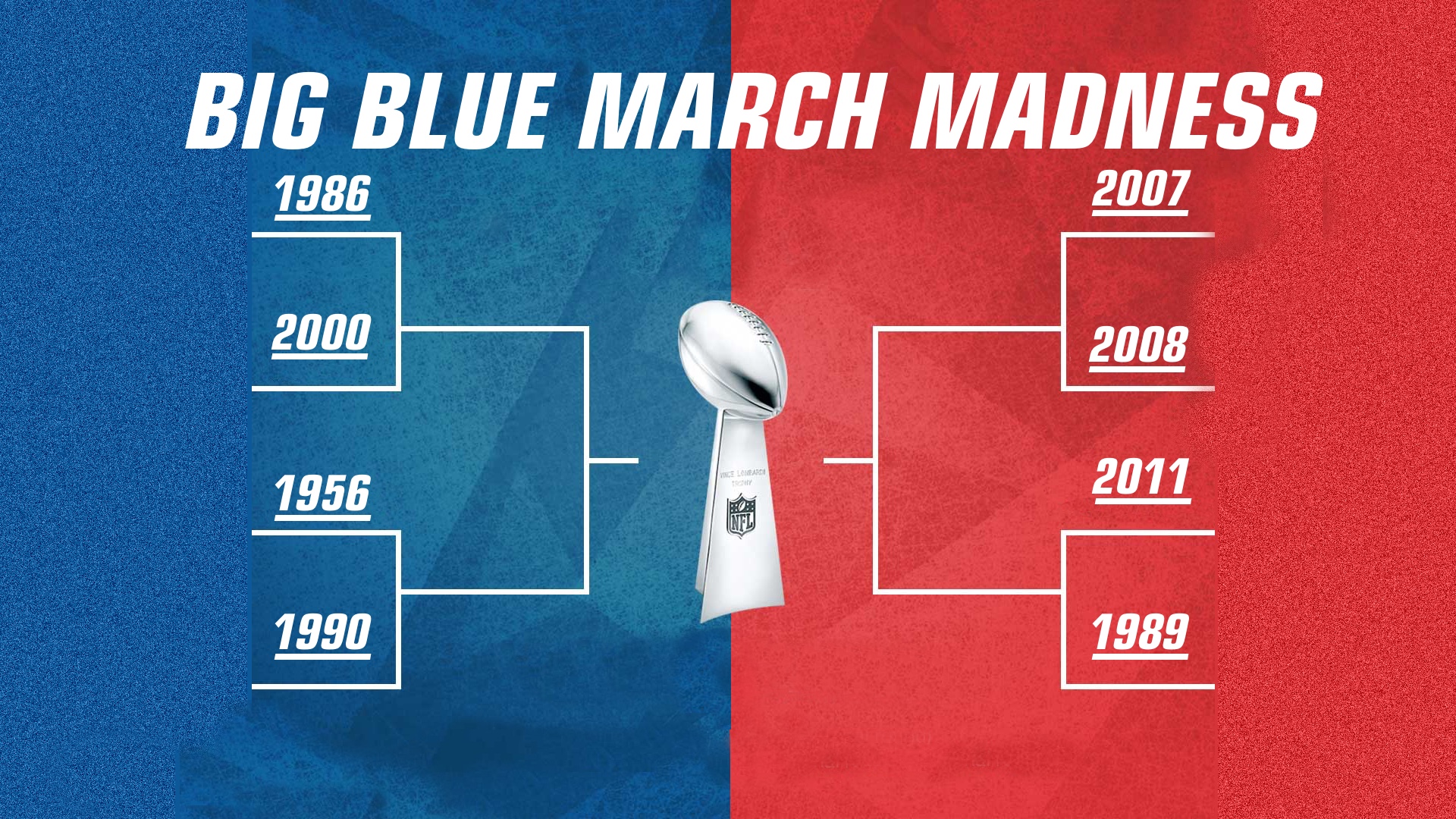 ​Well with March Madness upon us, we at Bleed Big Blue thought it would be fun to imagine our ​own Big Blue Tourney. What if we took eight of the greatest New York Football Giants teams ​over their tremendous history and pitted them against each other in our Bleed Big Blue ​simulator?  ​What would happen? What teams would make the cut? Who upsets who? Intriguing right?

​Fucking-A- Right its intriguing!! So before we get to the matchups, let’s determine our ​seedlings.

We gave a nod to the wonder years by including the 1956 team. It would have been hard to leave them out of this bracket.

We have the 1989 squad that still sees Flipper Anderson sprinting into the tunnel in their dreams after that devastating season ending play-off loss. Parcells still claims this was the most talented team he had as the Giants coach, more so than ’86 and ’90.

The 2008 team that was rolling towards a Big Blue Back to Back until Plax gunned us down.

And finally, the 2000 team, the only Giants team to make it to the Super Bowl and not come home with the Lombardi trophy

We entered all the information about these squads into our handy dandy Big Blue Simulator  ( see pic above) then sat back and watched the fireworks…no offense JPP.

Without any further delay….we give you BIG BLUE MADNESS!!!