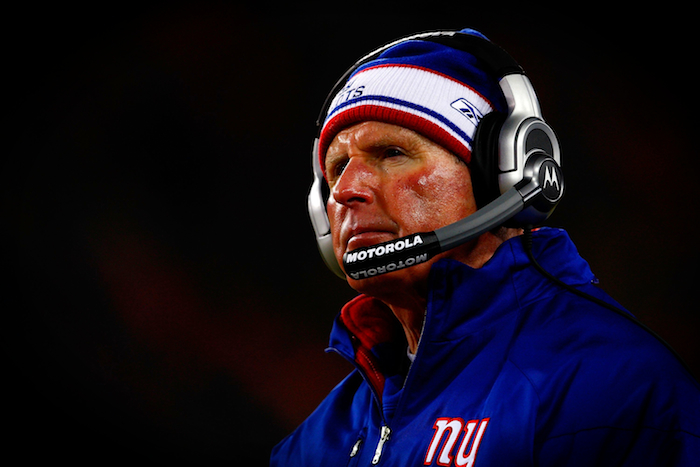 Tom Coughlin you are a New York Giants legend. Under your tenure we have been one of the most successful teams in the league. There have been a lot of up and downs along the way. We have got to the highest of the highs (two super bowls wins). We have also reached the lowest of lows (Dec-19-2010). We all respect and love you sir but after this season the clock will expire.
I don’t want anyone thinking I’m being disrespectful this is just something that needs to happen. He has done amazing things for are beloved giants. He took a team with talent that seemed to be stuck in the bottom of the NFC too title contenders early. He took a lot of flacking for starting Eli when he did. Looking back I would say he made the right call. He helped tiki become an elite back rather than a fumbling machine that has dearly hurting the team. He put is all into this team year after year even when being counted down and out by all other that the fans and the team itself. He always put the team first and never skipped a beat worrying about his owe career when it seemed liked the vultures were starting to descend on his desk. For all this we owe this man.
With that being said the time has sadly come for someone new. At the beggining on this season Coughlin will be 68 years old. Most of the same players will be there and it has the feeling of the same old things will be happening.

We talk about being prepared and it never seems that the team is prepared. We have a new offensive coordinator that plans to take us in a new direction. I’m not really sure how Coughlin even feels about this idea. I also would like to make it clear that I don’t blame Coughlin for all the bad things the giants have done over the past two years but it clearly seems like his voice is just not being felt the way it has before. Ten years is a long time in the NFL and he has a great run. Sometimes I feel like the highs and lows have taken too much of a toll of the coach and this team. We have often been living on the edge of elimination and come charging back ferociously. This light switch mentality can really wear out a team and it fans. In a way it makes expectations far too high for everybody. For example when we started this year 0-6 I still believed that we could make the playoffs and even make a push into them. Once again I was left broken heart as we wasted another year with aging player in their prime.
An ideal situation would be to win it all and have old tommy walk away on his own. If that doesn’t happen he still has earned the right to walk away on his own. In no way should the giants ever fire this man but they can give him a little nudge out the door same way they did gilbride earlier this year. It is just simple time to move on and start a new era of New York giant’s football. Sometimes when I watch games I feel like the game has passed Coughlin by and he is now just an observer standing on the side, often yelling, and then giving the same old press conferences talking about poor execution and how he had the guys prepared for the game. Sorry sir but they kind of go hand and hand. It might be a scary thought to see one of our best coaches of all time leave but it is time to go Coughlin win, lose, or draw in 2014.

Tom Coughlin To Interview With The Eagles