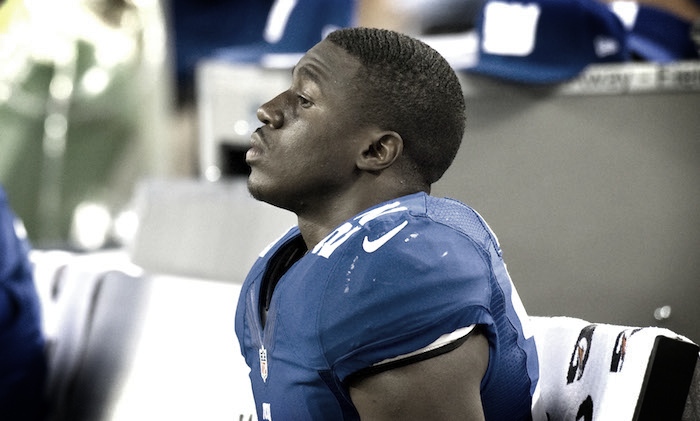 The Giants 3rd year running back David Wilson will have to wait till the start of training camp for full clearance to return to work. His CT Scan of his surgically fused neck showed healing, but is not ready for full contact.

The reality is it has only been four and one-half months since the surgery. We anticipate that when David is re-evaluated at the start of training camp he will be cleared at that point.” said Giants Team Physician Dr. Russell Warren.

Players are set to report to training camp on July 21. Wilson a first-round draft choice in 2012 was hurt against the Eagles, and inactive for three games and then eventually placed on injured reserve.

Everything I got this morning was good news – there was nothing bad or negative,” Wilson said. “I’m very pleased and very blessed for my healing process to continue.”

This offseason the Giants added insurance at the running back position signing Rashad Jennings away from Oakland.   The 6-foot-1, 235-pound Jennings is expected to be the Giants’ primary back. Other addition include drafting Andre Williams  from Boston College in the fourth round, and resigning veteran Peyton Hillis.

“Obviously, we won’t put all our eggs in one basket,” said Giants GM Jerry Reese.

@4stillRunning: Just got cleared ….. #cleared for everything now the story continues #pocketrocket